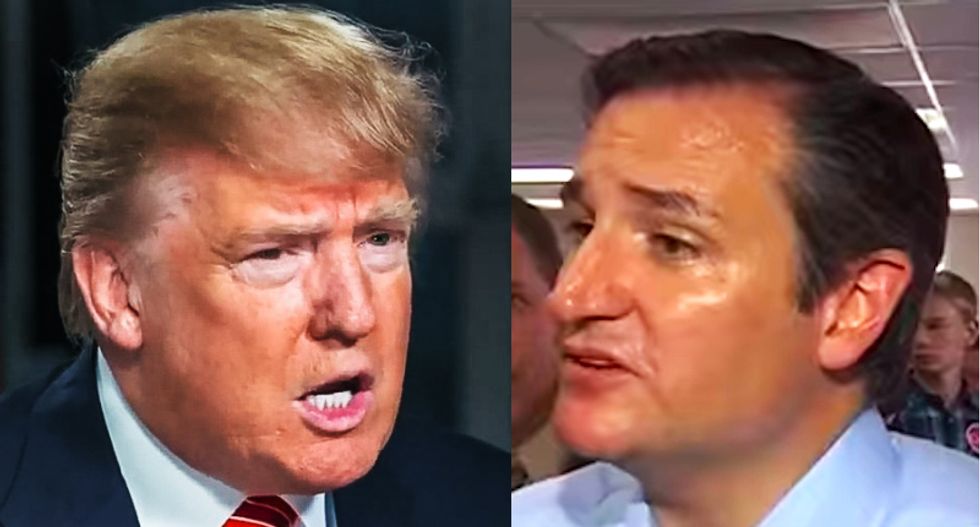 No details have been announced, but Trump tweeted the news on Friday.

In a tweet Friday, President Donald Trump announced that he’d be coming to Texas in October to participate in “a major rally” for U.S. Sen. Ted Cruz, a Republican incumbent facing a tougher-than-usual challenge this year against Democratic U.S. Rep. Beto O’Rourke of El Paso.

“I will be doing a major rally for Senator Ted Cruz in October. I’m picking the biggest stadium in Texas we can find,” Trump tweeted Friday afternoon. “As you know, Ted has my complete and total Endorsement. His opponent is a disaster for Texas — weak on Second Amendment, Crime, Borders, Military, and Vets!”

Cruz previously said he hoped the president would make a trip to Texas prior to the 2018 midterms. Donald Trump Jr., the son of the president, is also planning to visit the Lone Star State in September to campaign with Cruz, The Washington Post reported.

The rally will bring together two former political adversaries. During the 2016 election cycle, Cruz and Trump were pitted against each other in the GOP primary for president. During the race, Trump suggested during the 2016 presidential election that he had "dirt" on Cruz's wife and that Cruz's father was connected to the assassination of John F. Kennedy. Cruz condemned Trump's statements at the timeas "classless," calling him a "coward." Cruz later angered many Trump supporters by telling attendees at the national GOP convention to "vote your conscience" rather than explicitly endorsing Trump.

Since Trump was elected president, Cruz has proven to be a strong ally. And Trump's administration has warmed to Cruz. In January, Vice President Mike Pence called the senator "the pride of Texas." And ahead of the March 6 primary elections, Trump tweeted his support for eight Republican statewide elected officials — including Cruz.

Cruz previously warned fellow members of the GOP to prepare for a volatile race this cycle. His opponent, O’Rourke, has significantly outfundraised him and recent polls have shown a single-digit race between the two men. On Tuesday, Club for Growth, a big-spending national conservative group, announced it putting together a seven-figure ad buy against O'Rourke.