Ex-Trump officials despair over Ford testimony: 'Worse than any Republican could have expected' 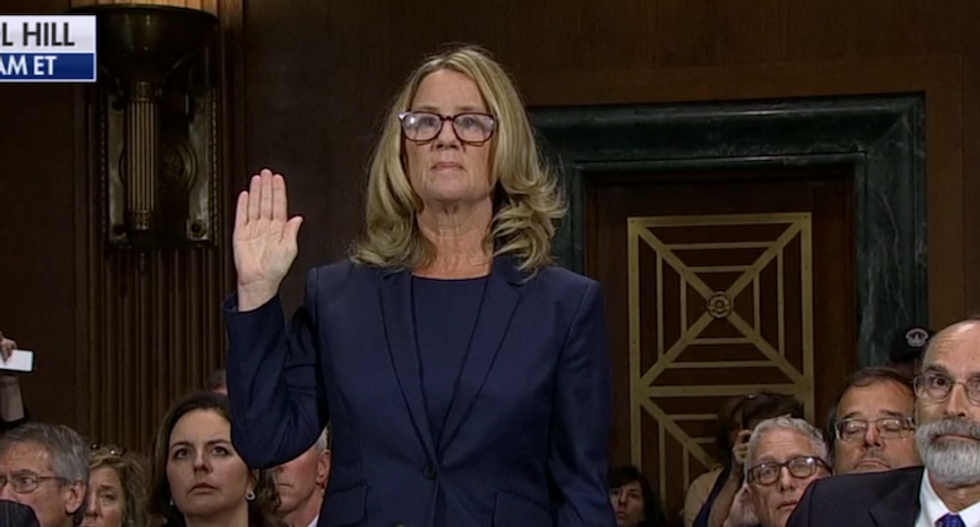 The Wall Street Journal talked with several former Trump administration officials about Christine Blasey Ford's testimony before the Senate Judiciary Committee -- and they all agreed that it was a disaster for Republicans.

One former Trump official described Ford as a "very credible witness" and said that her sworn testimony had gone "worse than any Republican could have expected."

Another former Trump official said that Ford's testimony means that Brett Kavanaugh's nomination to the Supreme Court is now in deep trouble -- and they doubted that he could save it during his testimony.

"Ford's testimony puts all the pressure on Kavanaugh," they said. "He really needs to knock it out of the park."

And finally, a third official lamented that it would be almost impossible for Republicans to paint Ford as a lying political operative.

"She seems sincere, kind, thoughtful and credible," they explained. "Hard to suggest she is politically motivated."

President Donald Trump is reportedly seething while watching Ford's testimony because he has been surprised at how credible she seems as a witness.