Fox's Judge Napolitano: Trump is 'shooting himself in the foot' if he fires Rosenstein 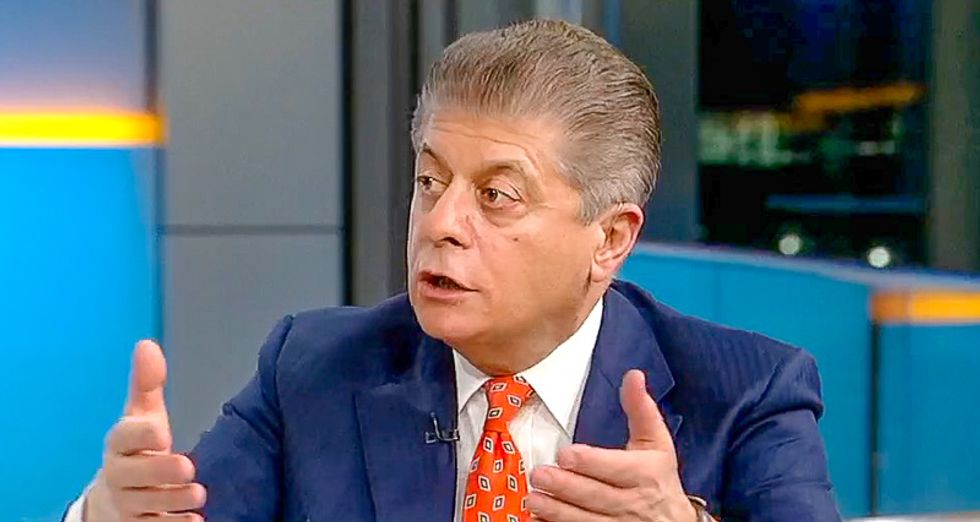 Fox News legal analyst Judge Andrew Napolitano warned on Monday that President Donald Trump will be "shooting himself in the foot" if he fires Deputy Attorney General Rod Rosenstein.

During an appearance on Fox Business, Napolitano reacted to the news that Rosenstein, who oversees special counsel Robert Mueller's Russia investigation, might refuse to resign, forcing Trump to leave him in place or fire him.

"He absolutely should not be fired," Napolitano explained to Fox Business host Stuart Varney. "The president will be shooting himself in the foot if he fires Rod Rosenstein now."

Varney wondered if Trump would be better off giving Rosenstein a "dressing down" instead of firing him.

According to Justice Department guidelines, Trump will have fewer options in replacing Rosenstein if he is fired instead of resigning.

This report will be updated with video when it's available.