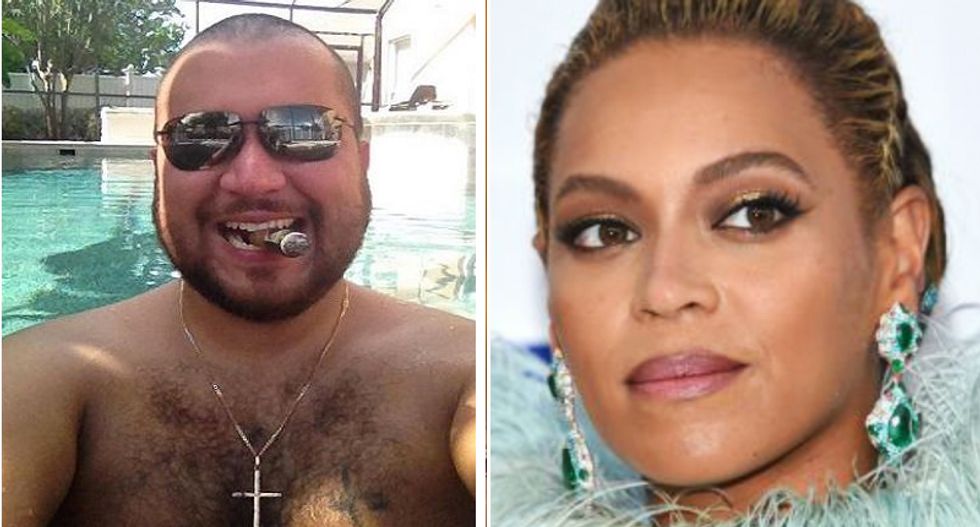 George Zimmerman, the man a jury let walk away after shooting unarmed teen Trayvon Martin, has reportedly made death threats against superstar Beyoncé and her husband Jay-Z The Blast reports.

According to the Blast, they have obtained series of text messages, reportedly from Zimmerman, calling Beyoncé a “broke whore” with the promise she and Jay-Z would “find themselves inside a 13-foot gator.”

The entertainment power couple are the producers of the docuseries, “Rest in Power: The Trayvon Martin Story.”

The report states that the texts were sent to Dennis Warren, a private investigator who worked on the documentary about the 2012 killing of the unarmed Florida teen.

"We’re told the messages were sent when Zimmerman was contacted by Dennis Warren, a private investigator who tracked down potential participants for the series," the Blast reports. "Warren found himself on the receiving end of hundreds of harassing messages and voicemails from the man acquitted in the shooting of the teen."

In one of the texts, Zimmerman reportedly wrote, "I'm bringing hell with me."