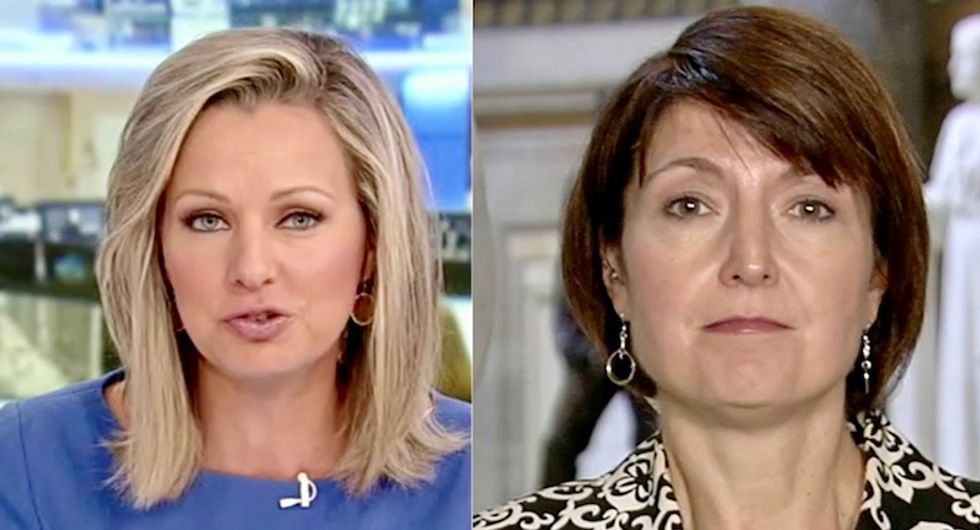 Fox News aired President Donald Trump's speech to the United Nations live on Tuesday, but anchor Sandra Smith may have been away from the screen for the opening.

As Trump took the podium, he began by bragging about his accomplishments. The room erupted in laughter.

The episode has since been widely mocked online.

Following the speech, Smith had Rep. Cathy McMorris Rodgers (R-WA) on to discuss it. Smith read a transcript of Trump's remarks, seemingly unaware of how they went over.

“How do you think the world will respond, congresswoman, to that America First message that resonated throughout that speech," Smith said. "In fact, he opened with, 'My administration has accomplished more than almost any administration in the history of our country."

"Mmmhmm," said McMorris Rodgers. "Well, I also heard the president talk about the importance of every country."