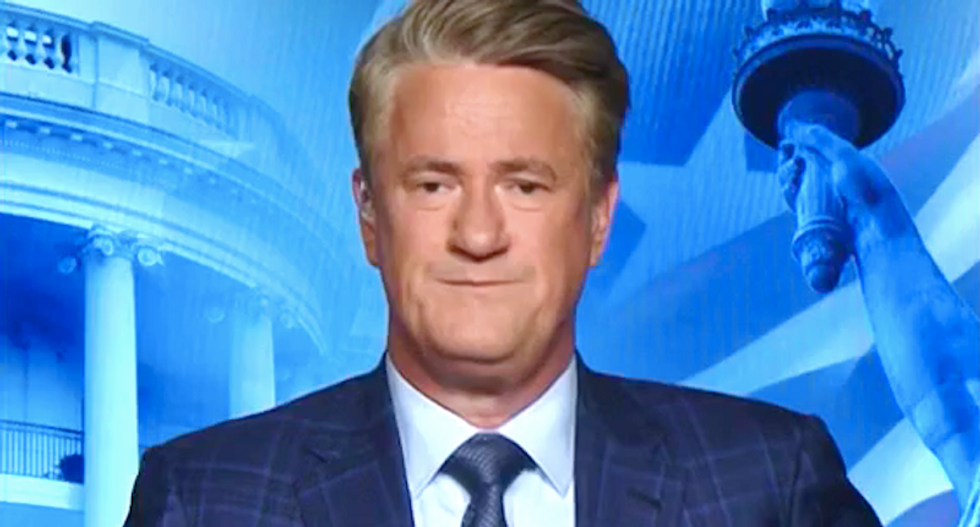 MSNBC's Joe Scarborough said the Republican rush to confirm Brett Kaanaugh to the U.S. Supreme Court in spite of credible rape accusations would place an asterisk next to every decision he made in his lifetime appointment.

The "Morning Joe" host said the GOP majority on the Senate Judiciary Committee were making a risky bet on accuser Christine Blasey Ford being unwilling to testify, but he said that could blow up in their faces.

"They were terrified when the discussions first began, they're terrified now, and they are praying that Dr. Ford decides to stay away," Scarborough said, "because they know and they have said that the optics of these 11 men cross examining Dr. Ford about what she says was sexual assault is a political nightmare that could actually swing the election this fall."

Senate Republicans are insisting that Ford and Kavanaugh each testify Monday, although Ford placed another witness at the scene, rather than conduct an FBI investigation -- as the accuser and Democrats have requested.

That dynamic, and the push to quickly confirm Kavanaugh if Ford declines to appear before the committee -- will forever taint the conservative jurist's tenure on the court, Scarborough said.

"A lifetime appointment, and yes, there will be an asterisk next to his name because Republicans wouldn't wait another week to 10 days," Scarborough said. "We are still in September. The Red Sox haven't been eliminated from the playoffs yet, so we still have a long way to go."