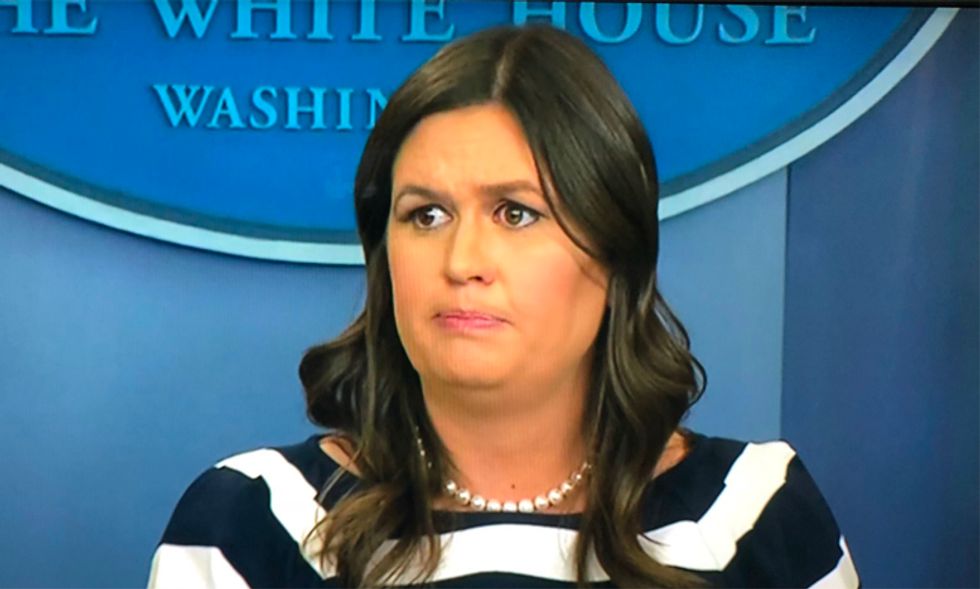 White House Press Secretary Sarah Huckabee Sanders on Thursday encouraged her Twitter followers to call the opinion desk of the New York Times to ask them to identify the "gutless loser" who wrote a scathing editorial about President Donald Trump.

In a statement posted on her Twitter account, Sanders said she was tired of fielding questions about the identity of the anonymous Trump administration official who wrote an editorial arguing that Trump was unfit for office.

"If you want to know who this gutless loser is, call the opinion desk of the failing NYT," Sanders wrote, before posting the phone number. "They are the only ones complicit in this deceitful act. We stand united together and fully support our President Donald J. Trump."

Sanders also said that questions about the author's identification were "recklessly tarnishing the reputation of thousands of great Americans who proudly serve our country and President Trump."