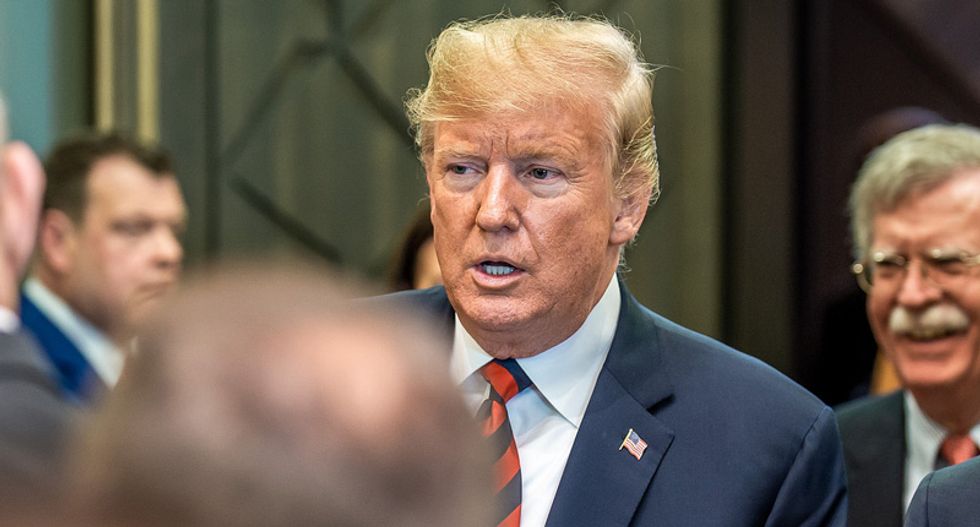 U.S. President Donald Trump is likely to announce new tariffs on about $200 billion on Chinese imports as early as Monday, a senior administration official told Reuters on Saturday.

The tariff level will probably be about 10 percent, the Wall Street Journal reported, quoting people familiar with the matter. This is below the 25 percent the administration said it was considering for this possible round of tariffs.

The upcoming tariffs will be on a list of items that included $200 billion worth of internet technology products and other electronics, printed circuit boards and consumer goods including Chinese seafood, furniture and lighting products, tires, chemicals, plastics, bicycles and car seats for babies. It was unclear if the administration will exempt any of the products that were on the list, which was announced in July.

On Friday, White House spokeswoman Lindsay Walters said Trump “has been clear that he and his administration will continue to take action to address China’s unfair trade practices. We encourage China to address the long-standing concerns raised by the Unites States.”

One observer in the business sector said the administration may have reduced its planned tariff level after hearing public comments, hoping companies would not immediately hike prices for consumer goods to pass along the costs. Still, the additional tariffs could complicate trade talks with China expected later this month.

Trump has demanded that China cut its $375 billion trade surplus with the United States, end policies aimed at acquiring U.S. technologies and intellectual property and roll back high-tech industrial subsidies.

The administration has already levied duties on $50 billion worth of Chinese goods following a study on China’s intellectual property practices released earlier this year.

On Sept. 7, Trump warned that he had further tariffs ready to go on $267 billion worth of Chinese imports beyond those that will be targeted this week. If all of the tariffs were invoked, total imports from China facing tariffs would exceed the $505 billion in goods that the United States imported from China last year.

This year, imports from China through July were up nearly 9 percent from the same period of 2017, according to U.S. Census Bureau data.