WATCH: Kavanaugh supporter desperately claims ‘economy of $20 trillion is brought to a standstill' by FBI's investigation 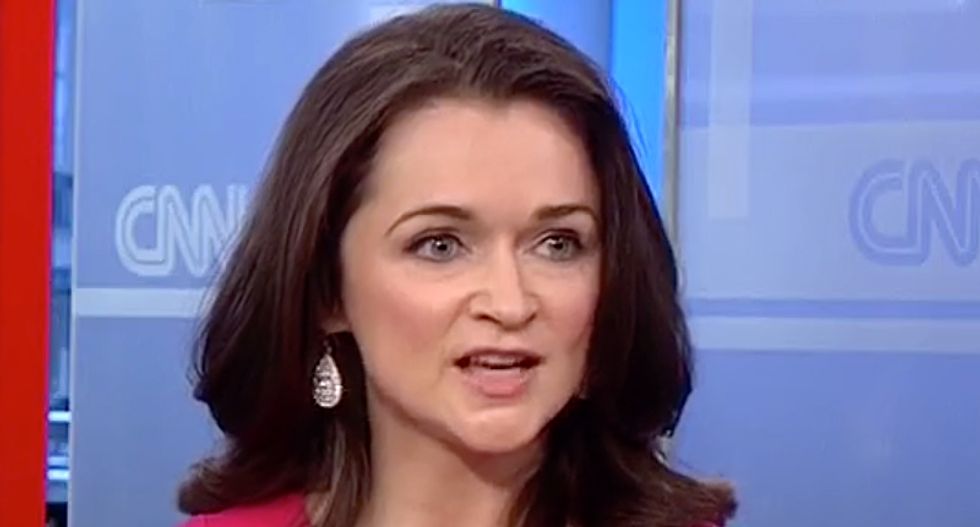 Carrie Sheffield is the national editor for "Accuracy In Media"

Hours after a spectacular flame out on MSNBC, conservative commentator Carrie Sheffield went on CNN to push the nomination of Judge Brett Kavanaugh, despite allegations of sexual assault made by multiple women.

On CNN, Sheffield claimed that Republicans did take allegations against Judge Kavanaugh seriously, but that reopening the FBI investigation has brought the entire American economy to a standstill.

"Her claims were taken very seriously," Sheffield claimed. "The entire United States Senate was held at a standstill for allegations that wouldn't make it past a local court."

"Can I say also the economy of $20 trillion is brought to a standstill," she argued.

The Dow Jones Industrial Average and the Nasdaq Composite both closed up on Friday.

"If we don't believe in evidence, we don't have a judicial system," Sheffield argued.