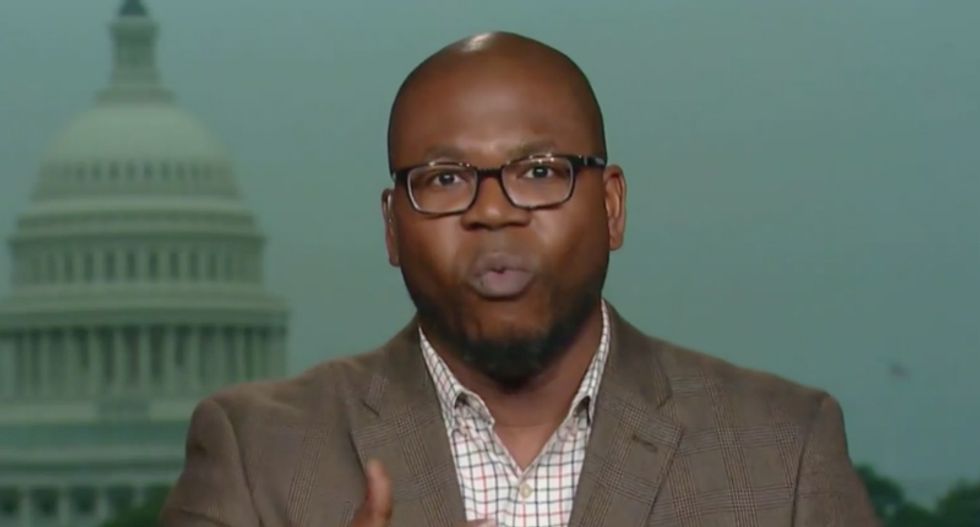 Jason Johnson, political consultant and Politics Editor for the online news site The Root, said that despite the optics of Trump's "Young Black Leadership Summit", no black press was allowed into the event. He also had harsh words for the "self-loathing" audience.

"This is a testament to sort of overall authoritarianism and violence this president encourages. They blocked all black press from being able to come to the event," Johnson said. "We were initially given passes to go to this event and then they took them back because they didn't want anyone there who might possibly see the kind of violence this president was encouraging."

Johnson added that it was "disgusting" to see the president play the victim after nearly a dozen of his political opponents had been attacked by mail bombs. But he saved his true vitriol for for Trump's eager audience of young black Republicans, who chanted "USA" and "CNN sucks" during the East Room event.

"He is encouraging a generation of incredibly foolish young people," Johnson said, referring to the "lost, disturbed, self-loathing" audience. "This isn't about Republicans or Democrats. This is about the Trump personality cult."