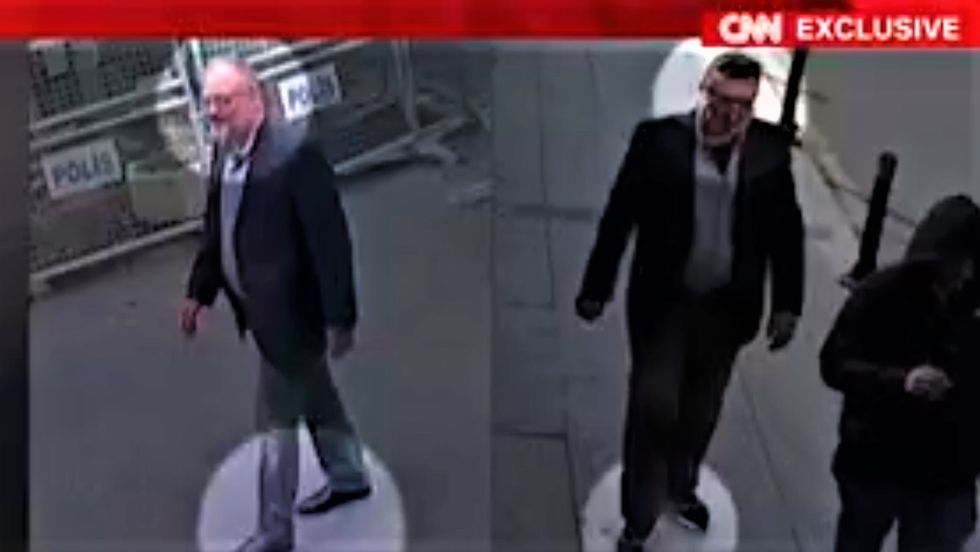 CNN on Monday released a bombshell new video showing how the Saudi government tried to use a body double to cover up for the murder journalist Jamal Khashoggi.

Video footage collected by Turkish authorities shows that a man dressed in Khashoggi's clothing exited the Saudi consulate in Istanbul and then drove to Sultan Ahmed Mosque, which is a major tourist attraction in the city and a place where it would be easy to get lost in a crowd, CNN reported.

However, security camera footage shot around the mosque captured the body double entering into a bathroom and then exiting wearing different clothes.

Subsequent security camera footage later in the day captured the body double at his hotel with his accomplice, where they appeared "visibly relaxed," according to CNN's Clarissa Ward.