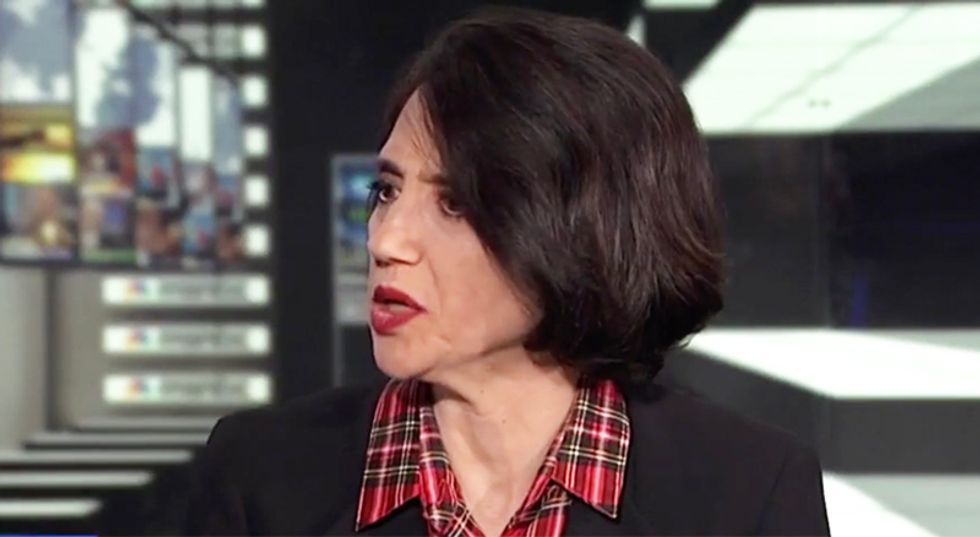 Republicans are so blinded by partisan fury that they're overlooking the damage they're risking to the U.S. Supreme Court by attempting to ram through Brett Kavanaugh, according to a conservative columnist.

Jennifer Rubin published a column Monday in the Washington Post warning that Kavanaugh faced the possibility of impeachment if he was confirmed despite sexual assault allegations and apparently perjuring himself.

"But don’t expect Republicans to dump Kavanaugh," Rubin wrote. "Political logic no longer figures into the calculation. Senate Republicans are behaving rashly and recklessly, unable to comprehend how they sound to anyone except the worst partisan."

She called out Sen. Tom Cotton (R-AR) for suggesting Democrats had victimized Christine Blasey Ford, rather than Kavanaugh, as she testified.

"Even if you thought that, why would anyone say such a stunningly condescending thing?" Rubin wrote. "Telling someone who has said she is the victim of a sexual assault whom she should and should not hold responsible for her pain represents a new low in Senate Republicans’ twisted exercise in blame-shifting."

Rubin pointed out that much of Kavanaugh's testimony about his drinking had been contradicted by classmates and his own previous statements, and she said that should be disqualifying -- and fodder for possible impeachment.

"College drinking hardly would disqualify Kavanaugh, but lying under oath about drinking should certainly rule out a Supreme Court seat," she wrote. "Moreover, a deliberate falsehood of that nature would require investigation and possible removal of Kavanaugh from his current post on the D.C. Circuit."

Rubin said the nominee has not faced questions about his role in coordinating the pushback against Ford's allegations, and she said Republicans didn't seem to recognize the risk they were taking if Democrats retake congressional majorities.

"Republicans cannot be entirely blind to the risk of post-confirmation discoveries," she wrote. "However, in their Scarlett O’Hara mind-set ... they cannot bear to consider what happens the day after the midterms. Right now they can only consider short-term perils — huge humiliation if Kavanaugh fails, a lost opportunity to fill the seat before January (when a Democratic majority might conceivably take over) and a triumph for the members of the imaginary, vast left-wing conspiracy who they say whipped this whole thing up."

The potential consequences of those risks were serious and long-lasting, Rubin said.

"The delegitimization of the Supreme Court? The tumult of possible impeachment of a sitting Supreme Court justice?" she wrote. "They’ll think about it all another day."