'He is going to hell': Watch immigrant's epic takedown of 'antichrist' Donald Trump 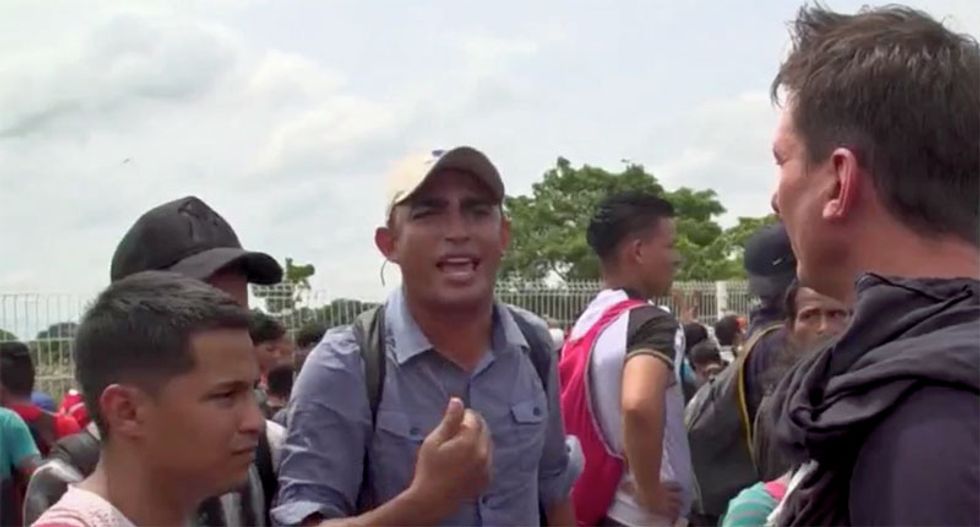 A migrant immigrant for Central America on CNN.

President Donald Trump has repeatedly attacked a Central American caravan of migrants while on the campaign trail, even threatening to send the military to the border.

CNN's Bill Weir traveled to the Mexican and Guatemalan border and interviewed members of the group, who had harsh words for the American president.

"Our message is, we are not criminals," one man said, in fluent English. "We're coming here because we want to work. We need a job. we need better -- you know, a better life. That's why we're here."

"Do you understand that President Trump is going to use the pictures of thousands of people surging to the gates against you, he's going to point to the people and say, this is scary?" Weir asked.

"This is politics. we respect -- you know, he's the president, he's the President of the United States. "With all due respect, we are not criminals."

"Donald Trump is the antichrist," a second man said, in Spanish.

"If he doesn't repent, he's going to hell," he continued.