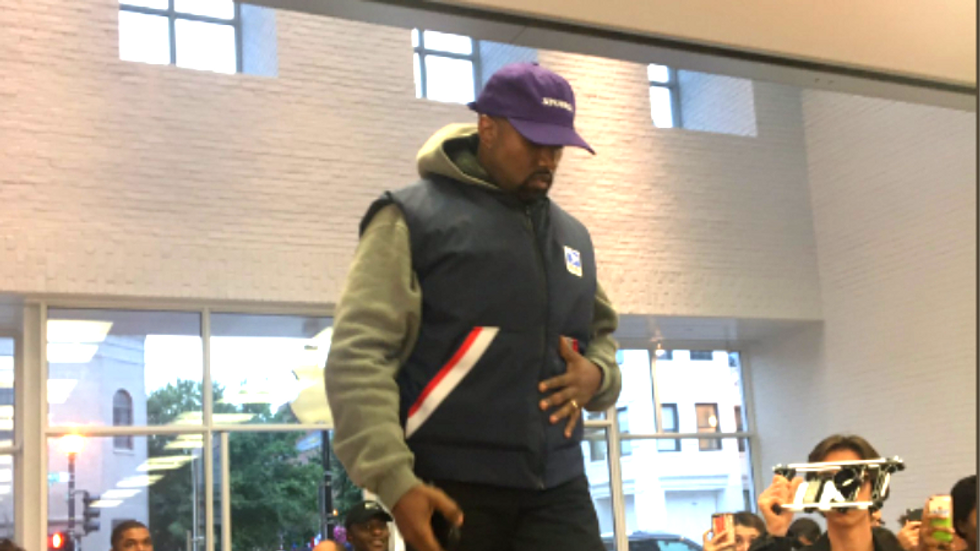 Kanye Wesr standing on a table at the Apple Store right before he gives a speech. [Photo: screengrab from Twitter via Jack Jenkins ]

Award-winning artist, Kanye West, met with President Donald Trump to advocate for prison reform. After his outrageous meeting with the president, West stopped at an Apple Store to continue ranting about how much he supports Trump.

A reporter for Religion News Service, Jack Jenkins, was at the Apple Store by accident during West's visit and live-tweeted West's remarks.

To clarify my typo-ridden tweet: He’s announcing he made a hat for Trump that says “‘make America great’ without th… https://t.co/JAbRGaOnDv
— Jack Jenkins (@Jack Jenkins)1539291754.0

Apple Store employees wouldn’t comment on why Kanye was there, except one under his breath. Me: “Why was Kanye her… https://t.co/DTXTGNPEUx
— Jack Jenkins (@Jack Jenkins)1539292379.0