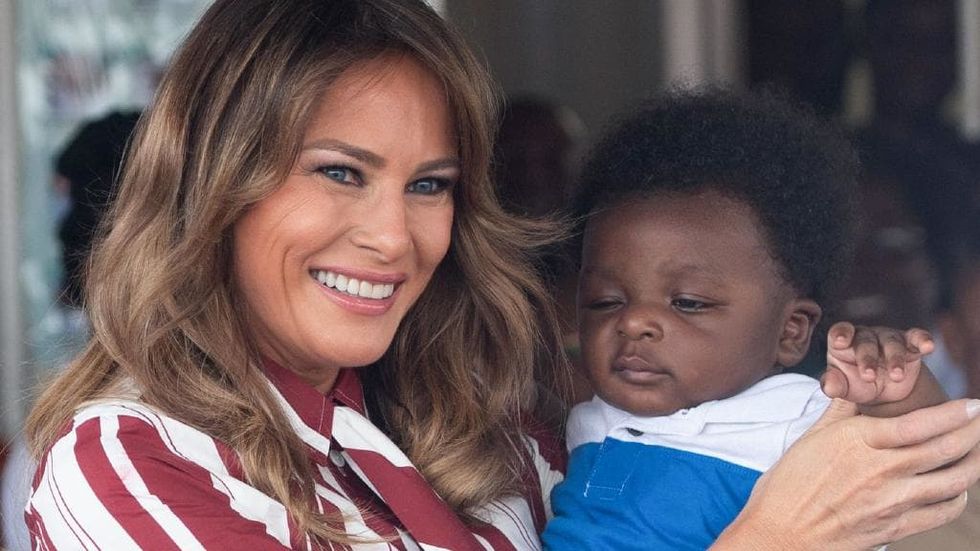 First Lady Melania Trump may be thousands of miles from Washington, D.C., but her visit to Africa has come with constant reminders of her husband's antics.

According to Bloomberg's Jennifer Jacobs, the first lady began the second leg of her Africa trip on Thursday, where she was greeted with signs that referred to President Donald Trump.

One sign noted that Malawi, her Thursday destination, is "not a shithole," which is something the president allegedly said about the entire continent.

Melania Trump's motorcade also passed by a sign that said "Me Too Melania," Jacobs said.

It was unclear if the sign referred to the current battle over Supreme Court nominee Brett Kavanaugh's confirmation or the sexual assault allegations against the president.

A white woman on the roadside held up a handmade sign as the first lady’s motorcade passed that said “Melania Me To… https://t.co/a6OhxMUPHY
— Jennifer Jacobs (@Jennifer Jacobs) 1538657226.0