Millennial conservative leader explains why he abandoned the Republican Party 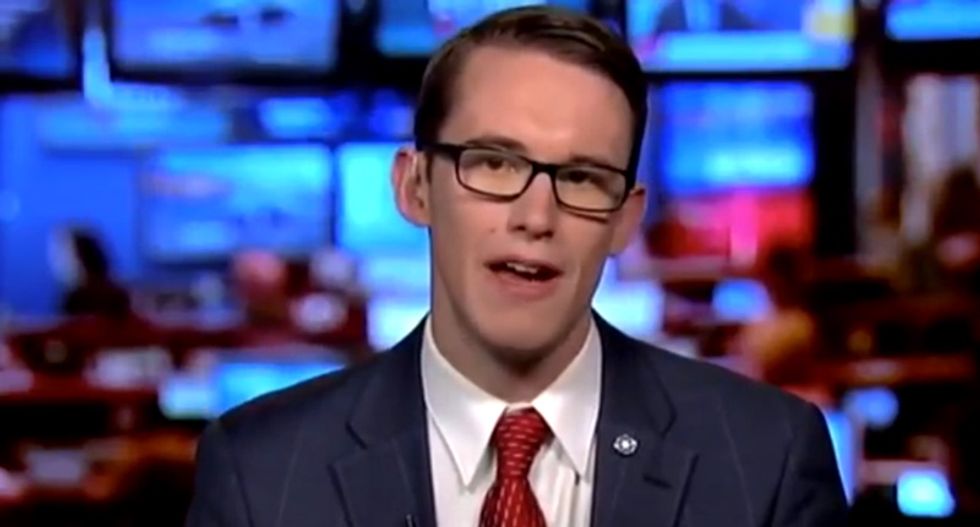 Stephen Kent during an appearance on Fox Business. (Screenshot/YouTube)

The list of long-time conservatives who have left the GOP in response to Donald Trump’s presidency is a long one, ranging from journalists George Will and Max Boot to former congressmen such as David Jolly and Joe Scarborough (who now hosts “Morning Joe” on MSNBC). And that list continues to grow with the announcement that Stephen Kent, a spokesperson for Young Voices (an organization of conservative Millennials), is now an ex-member of the GOP.

In an October 17 commentary for USA Today, Kent explains that for him, Justice Brett M. Kavanaugh’s confirmation to the U.S. Supreme Court was the straw that broke the camel’s back. President Trump and Senate Majority Leader Mitch McConnell, Kent asserts in his article, have been incredibly divisive—and the battle for Kavanaugh’s confirmation was an especially ugly example.

Kent wrote, “Senate Majority Leader Mitch McConnell’s success in getting Kavanaugh across the finish line despite sexual assault allegations was not the kind of moment where’d you’d expect a victory party. Yet the popping of corks ensued anyway across social media and hotel bars throughout D.C.”

Kent, now in his late twenties, is no fan of the Democratic Party either. But being a conservative, he asserts, doesn’t make Trump and McConnell’s behavior during the Kavanaugh confirmation battle any easier to stomach.

“I believed simultaneously that Christine Blasey Ford was a credible accuser, that Kavanaugh was owed a certain presumption of innocence, and that the right thing for the White House to do was withdraw the nomination,” Kent wrote. “The GOP ended up pulling off a purely partisan victory in confirming Kavanaugh, but it came at too high a cost for even a Republican like me to stomach.”

Kavanaugh’s confirmation, Kent noted, was hardly the first time he was appalled by Trump’s presidency.

“A Republican president offering cover to neo-Nazis after the rally in Charlottesville, Virginia was pretty nauseating,” Kent wrote. “I still can’t forget Trump’s pardon of Joe Arpaio or emphatic endorsement of Roy Moore. If you go by the running list of nasty things the Republican de facto leader has said or done, obviously that would seem like ample reason to have left long ago.”

But he stayed because he “always believed in the fight to better the GOP….When the Republican base doubled down on its worst instincts in backing Trump, I felt the fight for the soul of the GOP was more important than ever.”

Kent added, however, that with Kavanaugh’s confirmation, he finally realized that there could be no redemption for the 2018 edition of the Republican Party.

“At the end of the day,” Kent wrote, “your affiliations and associations should bring you a sense of pride. And there was nothing dignified about this win for Republicans.”