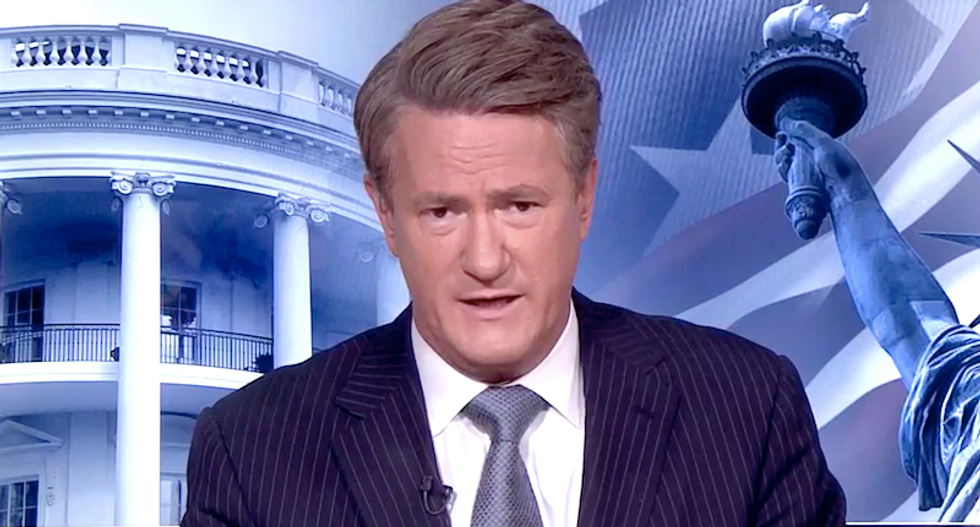 "Morning Joe" co-host Joe Scarborough on Monday flayed President Donald Trump and his supporters for spreading blatant, easy-to-disprove lies -- and shamelessly refusing to retract them even when called out.

The latest Trump lie to irk Scarborough was the president's claim that a recent bipartisan bill aimed at tackling the opioid crisis received "very little Democratic support" in the Senate. In reality, the opioid bill passed the Senate by a tally of 98-1, and the lone "no" vote was from Sen. Mike Lee (R-UT).

Historian Jon Meacham said there was a simple calculus behind Trump's lies: He's never paid a price for them, so why stop now?

"He's going to keep doing this because he's been rewarded for it," he said. "He's incapable of changing because the way he's acted has been rewarded."

At this point, Scarborough turned his ire toward Trump supporters who cheer on his lies.

"I have to say I think it’s time to start focusing on the people behind him who were applauding at lines that they know are lies," he said. "Donald Trump states an obvious lie and people cheer at it like it’s a punch line or like it’s a touchdown being scored when he’s lying when he is not telling the truth and they’re laughing about it and cheering about it."