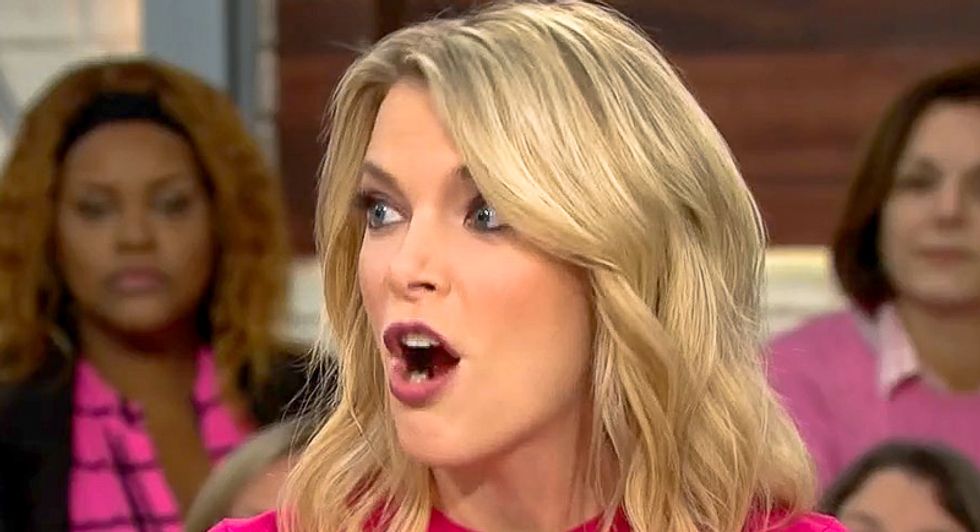 NBC News has decided it's had enough of Megyn Kelly for one week.

The New York Times' John Koblin reports that NBC will air reruns of Kelly's show over the next two days while the network continues to deal with the blowback caused by Kelly questioning why it's considered racist for white people to dress in blackface during Halloween.

"Given the circumstances, Megyn Kelly Today will be on tape the rest of the week," NBC said in a statement to Koblin.

Megyn Kelly will not return to air this week. NBC says: "Given the circumstances, Megyn Kelly Today will be on tape the rest of the week."
— John Koblin (@John Koblin)1540471761.0

Kelly on Wednesday apologized for saying she didn’t think there was anything offensive about white people wearing blackface for Halloween “as long as your were dressing up as a character.”

Kelly’s remarks drew a rebuke from colleague Al Roker, who schooled her on the history of blackface in America.

“While she apologized to the staff, she owes a bigger apology to folks of color around the country,” Roker said of Kelly’s comments. “This is a history going back to the 1830s — minstrel shows to demean and denigrate a race. [It] wasn’t right.”