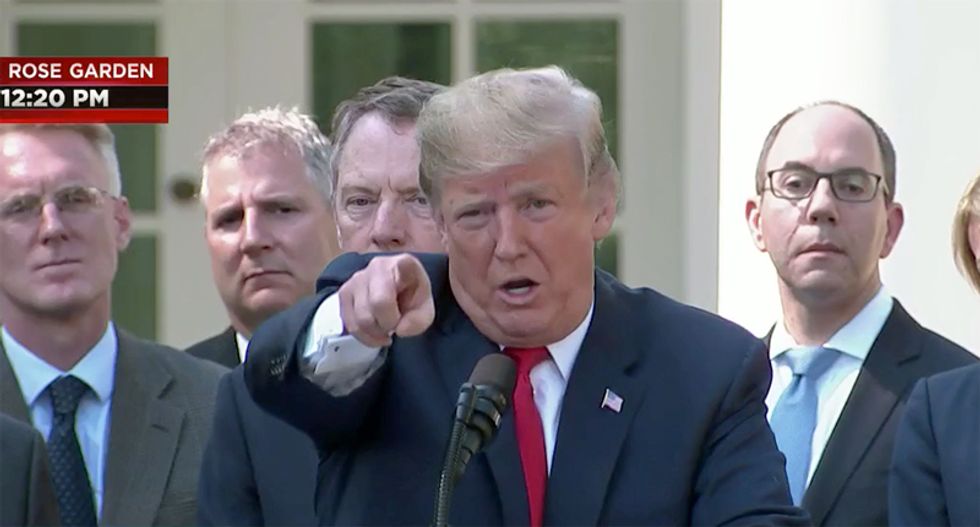 President Donald Trump made a bold accusation against an unnamed Democratic Party senator while defending Judge Brett Kavanaugh during a Monday press conference in the White House Rose garden.

"I happen to know some United States senators," Trump noted.

"One, who is on the other side, who's pretty aggressive -- I have seen that person in very bad situations," Trump alleged.

"I have seen that person in very, very bad situations. Somewhat compromising," he continued.

"And you know, I think it's very unfair to bring up things like this," he passive-aggressively admitted.