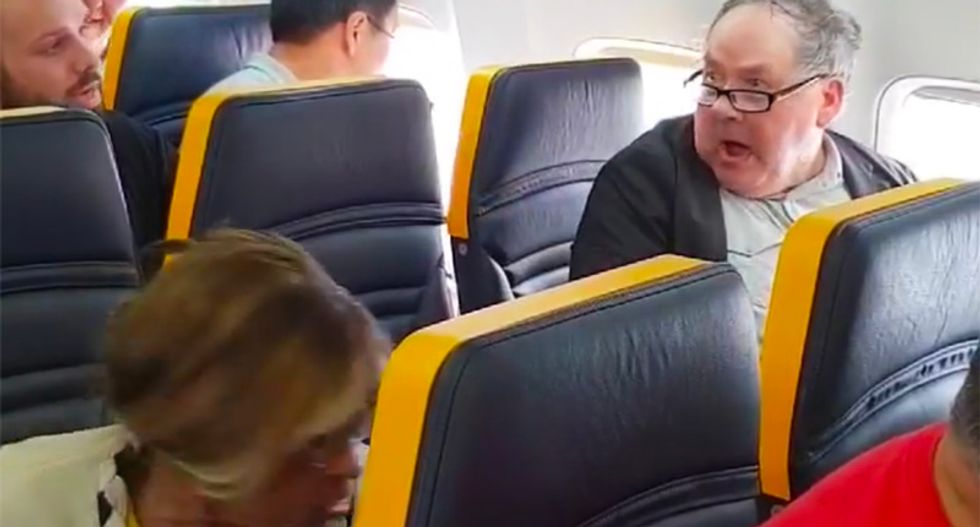 In a video uploaded to Facebook, a racist white man is seen verbally abusing an elderly black woman causing fellow passengers and flight attendants to have to intercede.

According to a report from BBC News, the incident occurred on Friday during a flight from Barcelona to Stansted on Ryanair.

In the video, captured by David Lawrence, the unidentified man can be heard cursing the woman calling her an "ugly black b*stard" as well as shouting "don’t talk to me in a f*cking foreign language, you stupid, ugly cow.”

Witnesses claim the incident began because the man was angry with her for not moving out of her seat quickly enough so he could reach his window seat.

In an interview with the Huffington Post, the daughter of the 77-year-old woman -- identified as Mrs. Gayle -- said her mother was returning from a trip honoring her husband who died one year ago.

The report states that she was seated elsewhere after the altercation and that the incident was reported to police who are investigating.