Cannabis industry shops for a suit and tie 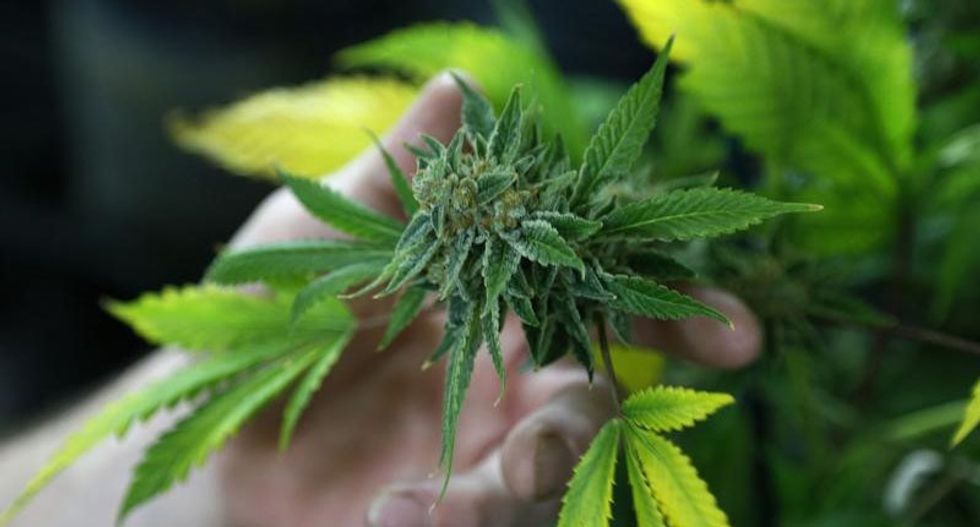 Las Vegas made its reputation on sin. So it might seem fitting that the cannabis industry chose to locate its biggest annual gathering in the city this week. And just as Vegas has used conferences to try to clean up its reputation – it’s now the venue for more than 21,000 confabs a year - the weed business is shifting in that direction, too. The drug remains federally prohibited in the United States, and less than a month has passed since Canada made it legal for adult use. But a veneer of acceptability has started to settle on the sector. It’s as if cannabis is trying on its first suit and tie.

The companies converging at the Marijuana Business Conference & Expo have outgrown their hoodies alarmingly fast. Aurora Cannabis and Canopy Growth added a stock listing in New York in 2018, while Tilray went public on Nasdaq. Each was worth as much as $10 billion earlier in the year. There are 111 pot-related companies on the Canadian Securities Exchange – the only North American bourse where firms with business dealings in the United States can issue shares – and cannabis producers accounted for the majority of the $3.6 billion raised on the CSE in the first 10 months of the year. It’s now known fondly by its new customers as the Cannabis Stock Exchange.

Growing the stuff is mostly the preserve of the Canadians, but U.S. businesses are springing up to develop products and metaphorical picks and shovels, ranging from non-alcoholic marijuana beer to high-tech rolling machines and synthetic cannabinoids grown from yeast.

Big consumer-goods companies are watching, for good reason. Estimates aren’t terribly scientific, but brokerage Cowen reckons U.S. cannabis revenue could be $75 billion by 2030, compared with around $50 billion for coffee and $100 billion for beer today. Meanwhile there are more literal signs of a shift: Canopy has taken over a former Hershey chocolate plant in Smith Falls, Ontario. And Auxly, a Canadian company that takes stakes in marijuana businesses, is helping to build on what was once a Kraft food factory.

The main problem for now is that while money flows in, it doesn’t easily flow around, at least south of the border. Cannabis producers are regarded by national banking chains in the United States – and some in Canada – as off-limits, simply because big financial firms are unwilling to risk their reputations and relationship with federal regulators.

Specialist payroll services like Denver-based Wurk have sprouted to do fairly commonplace things that the likes of ADP won’t. Yet it remains the case that companies such as $2 billion U.S. dispensary operator MedMen can’t bring home funds raised in Canada, nor open an account at the likes of JPMorgan Chase or Wells Fargo. Weed companies must pay tax – but because of federal rules, their operating expenses aren’t deductible.

The contradictions verge on the absurd. Vegas, despite its liberal approach to gambling, is among the toughest places for local weed firms to get access to financial services. Many dispensaries must deal only in cash, keeping it in guarded vaults. Likewise, wages of the “budtenders” who purvey gummies, flower, chocolate and resins across the city are paid in hard currency. Even tax bills are settled with banknotes. Casino magnate Sheldon Adelson is an open detractor of legal pot, though he hasn’t hindered the opening this month of Planet 13, a luxury dispensary that claims to be the world’s biggest and sits just five minutes’ walk away from the Trump International Hotel.

Federal decriminalization would erase many of those problems, and there has been progress. This month’s U.S. elections brought a modest victory for the cannabis industry, with opponents like Texas Representative Pete Sessions losing seats and three states – Missouri, Utah and Michigan – voting to legalize in one way or another. Meanwhile, one of the biggest federal opponents of marijuana, U.S. Attorney General Jeff Sessions, was forced to resign at the behest of President Donald Trump – though for other reasons.

Weed is not a priority for Congress but it is a bipartisan issue – even Republican Senator Orrin Hatch is on board with medical use. Greater legalization isn’t an unalloyed good, though. A federal regulatory system that treated weed like tobacco rather than alcohol, with strict regulations on branding, would ruin many business plans.

In the meantime, the biggest trophy for cannabis companies is validation by others who are already respectable. As Canopy Growth found after getting its $4 billion investment from brewer Constellation Brands this year, money buys friends. Bruce Linton, Canopy’s chief executive, once shunned by Wall Street and forbidden from ringing the New York Stock Exchange bell when Canopy listed there, just spoke at a conference at the invitation of Morgan Stanley. Bank of America and Goldman Sachs worked on the Constellation deal, while money manager Vanguard is among the biggest shareholders of Canopy and Aurora. Those names will bring yet more institutional money, which will in turn win more respectability.

None of this, though, makes these companies good investments. In the traditional discounted cash-flow model analysts often use, the majority of a company’s value comes from what is called its terminal value – the bit that only kicks in after five or 10 years. So the most important question is which companies will still be here a decade from now. Canopy’s $4 billion war chest gives it a good shot, though for now it is still losing money. Executives may be suited up these days, but a lot of investors will be left rending their garments.