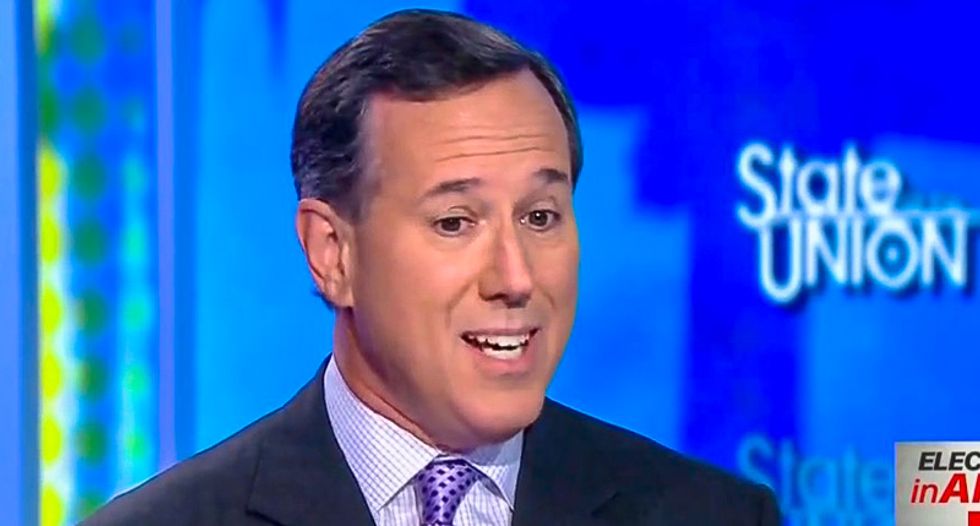 Climate scientist Katherine Hayhoe revealed this week that CNN had not aired an interview with her, which allowed the network to give contributor Rick Santorum more time to "spread disinformation."

During a Sunday panel on CNN, Santorum had rejected a government report on climate change, and he accused climate scientists of having a monetary agenda.

“If we didn’t have climate change, we would have a lot of scientists looking for work," the CNN contributor scoffed. “To say that scientists have a consensus — the reality is that there’s lots of disagreement out there about what is causing this.”

On Tuesday, Hayhoe explained on Twitter that CNN's Anderson Cooper 360 had invited her to speak on the program, but her segment was cut.

"Instead, they give more airtime to Santorum, so he can to continue to spread disinformation," she wrote.