'We just need to rake the floor': CNN panel gets heated after Rick Santorum agrees with Trump on wildfires 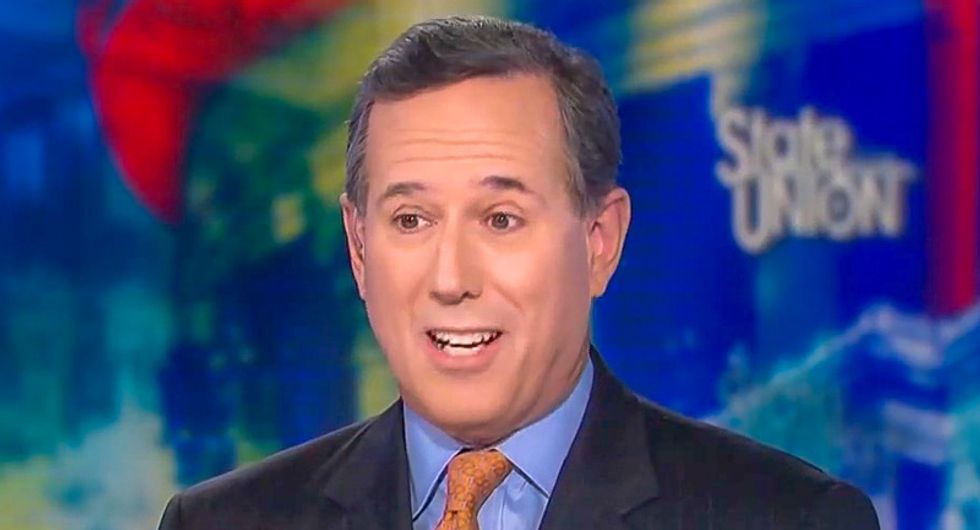 CNN contributor Rick Santorum on Sunday suggested that President Donald Trump was right when he argued that the solution to California wildfires is to "rake" forests.

Santorum asserted that the report was created because "if we didn't have climate change, we would have a lot of scientists looking for work."

"A lot of these scientists are driven by the money that they receive," he complained. "Of course, they don't receive money from corporations and Exxon and the like. Why? Because they're not allowed to because it's tainted. But they can receive it from people who support their agenda and that, I believe, is what's really going on here."

Santorum went on to blame "the forestry polices" of the state of California for the devastating wildfires.

"So we just need to rake the floor?" CNN contributor Symone Sanders shot back, referring to Trump's proposed solution.

"The reality is that, yes, there's no question the climate is changing," Santorum agreed. "To say that scientists have a consensus -- the reality is that there's lots of disagreement out there about what is causing this."

"The climate always is changing," he continued. "And the people that said, we have to do something right now -- 25 years ago they said the same thing, and here we are 25 years later."

"And now California is burning," Sanders pointed out.

"California is burning because they have bad forestry policies," Santorum charged, "that left lots of fuel there for people on the floor of these forests to allow these fires to get out of control."