Kellyanne Conway says Trump both knows and doesn't know Matt Whitaker: 'It's not like he's putting a friend in there' 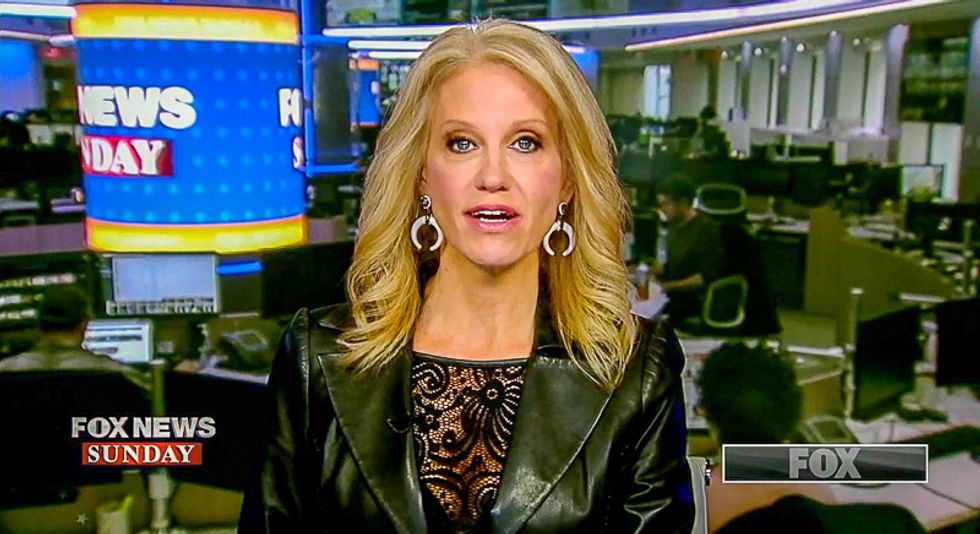 White House aide Kellyanne Conway on Sunday insisted that President Donald Trump "does not know" acting Attorney General Matt Whitaker but also said that the president "has gotten to know" the man over the past year.

During an interview on Fox News, host Chris Wallace asked Conway to explain the discrepancy between two statements from President Donald Trump claiming that he both knows and does not know his new attorney general.

Conway, however, claimed that both statements were true.

"The president does know Matt Whitaker -- has gotten to know him over the course of the last year," Conway insisted. "He has been the chief of staff to the attorney general. The president's point is is not like he's putting a friend in there, he's putting somebody who has been working at the Department of Justice for 13 months now in a very senior position."

Wallace also pressed Conway on whether or not Trump knew Whitaker was a critic of special counsel Robert Mueller's investigation.

"It's not even clear to me that Mr. Whitaker has been briefed on the Mueller investigation," Conway replied, dodging the question. "He has been the chief of staff to a recused attorney general."