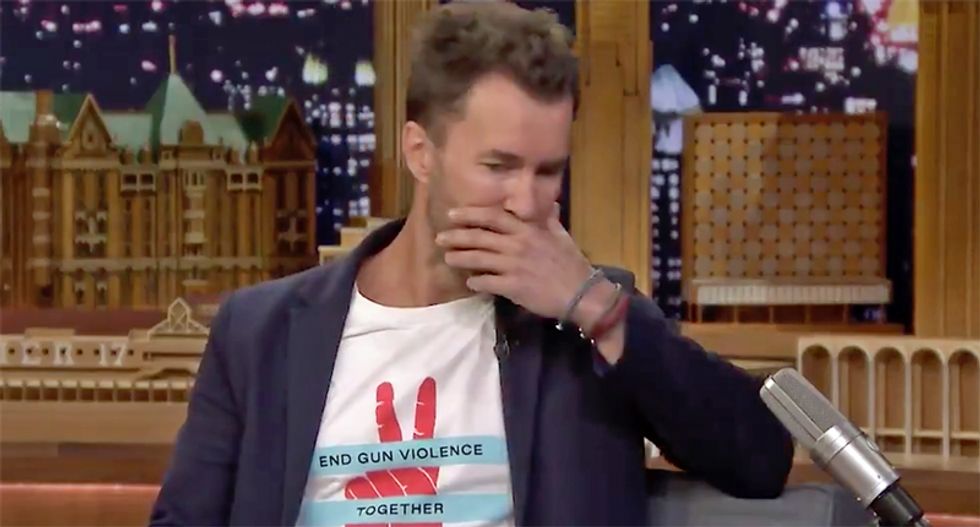 Founder Blake Mycoskie made the announcement during an appearance on "The Tonight Show with Jimmy Fallon."

"We going to start by giving $5million to the most amazing organizations working hard, on-the-ground, every day to end gun violence," Mycowskie announced.

"This will be the single largest corporate gift to end gun violence in the history of the United States," he added.

The crowd cheered wildly as Mycowskie began to cry.

Fallon reached across this desk to comfort him with a hand on his arm, repeatedly saying, "it's awesome" as the applause continued.

Mycoskie also announced that people who visit www.Toms.com, type in their name, and the company will send a postcard to the relevant congressional representatives demanding universal background checks.

Jimmy Fallon was the first to use the tool.

Let’s #endgunviolencetogether - go to https://t.co/GGhOhKlrVN to send your representative a postcard demanding they… https://t.co/FHD1VU8Gmg
— TOMS (@TOMS) 1542686801.0