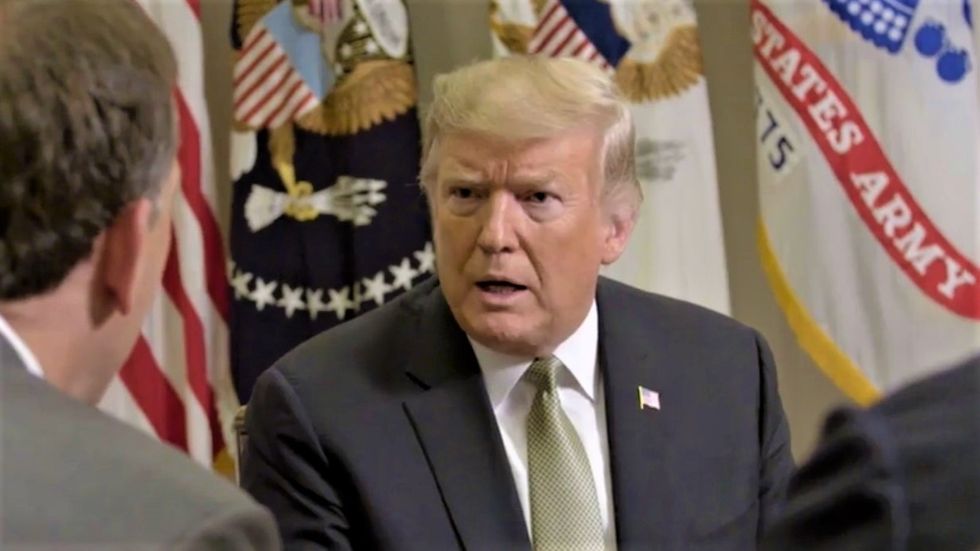 President Donald Trump on Wednesday attacked the news media for reporting that Democrats on Tuesday swept back into control of the House of Representatives by winning more than 30 seats.

"To any of the pundits or talking heads that do not give us proper credit for this great Midterm Election, just remember two words -- FAKE NEWS!" the president wrote.

To any of the pundits or talking heads that do not give us proper credit for this great Midterm Election, just reme… https://t.co/uwYmi2ULbt
— Donald J. Trump (@Donald J. Trump) 1541595159.0

Trump has been boasting that Republicans on Tuesday added to their Senate majorities, even though they handily lost the battle for the House of Representatives.

In other tweets, Trump seemed to argue that the only Republicans who lost their reelection bids were the ones who did not fully embrace him, whereas pro-Trump candidates marched to victory.

"Those that worked with me in this incredible Midterm Election, embracing certain policies and principles, did very well," he wrote. "Those that did not, say goodbye! Yesterday was such a very Big Win, and all under the pressure of a Nasty and Hostile Media!"

Those that worked with me in this incredible Midterm Election, embracing certain policies and principles, did very… https://t.co/OTUWeooDxp
— Donald J. Trump (@Donald J. Trump) 1541592471.0