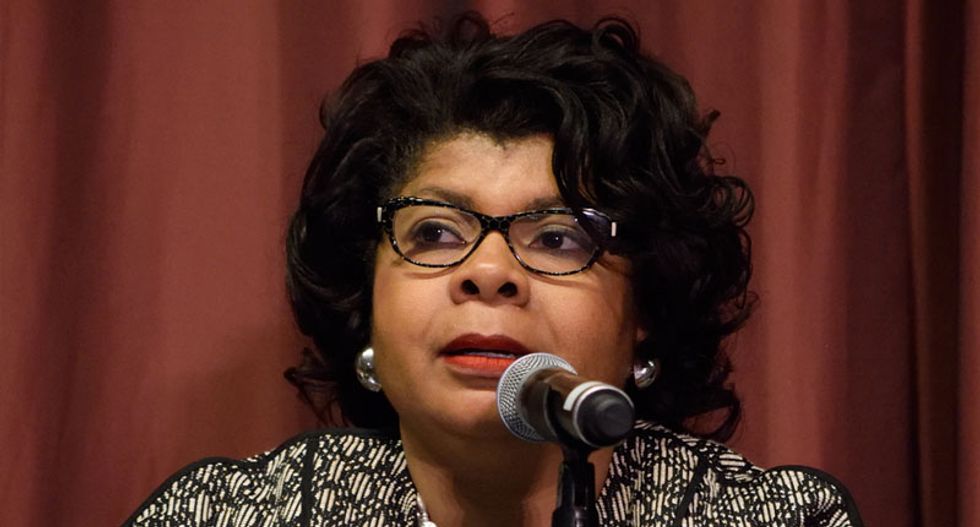 President Donald Trump Wednesday lashed out at the media during his press conference, including reporter Yamiche Alcindor. Trump called her question racist.

CNN's April Ryan, who the president commanded to sit down multiple times, commented on the experience later in the afternoon.

"She has the residue of hate, you know," Ryan said about her fellow reporter. "He called her statement or question racist and he was insulted. It was not meant to be insulting. It was meant to get clarity on what he was saying, that's all."