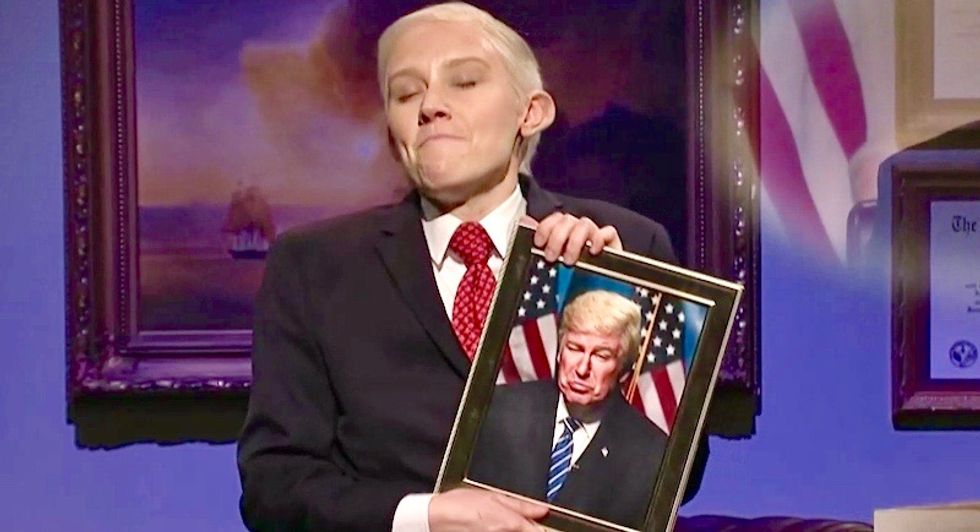 Saturday Night Live gave the former Alabama senator, who was one of Trump's earliest and most eager supporters, the perfect sendoff.

In a skit set inside Sessions' old office, Kate McKinnon's "iconic" Sessions character cleans out his things before being escorted out by Sarah Huckabee Sanders.

"I don't know how Mr. Trump could replace me with Matt Whitaker," Sessions said. "He's just a shady businessman with no experience who is blindly loyal to Donald Trump—OK, hearing it out loud, it makes sense."

Sessions packs up his things, including his copy of the Bob Woodward book.

"In chapter 26 the president calls me mentally retarded," Sessions said.

McKinnon uses her musical skills to deliver a version of Adele's "Someone Like You" before getting a goodbye visit from Robert De Niro's Robert Mueller character.

snl1 from Martin Cizmar on Vimeo.