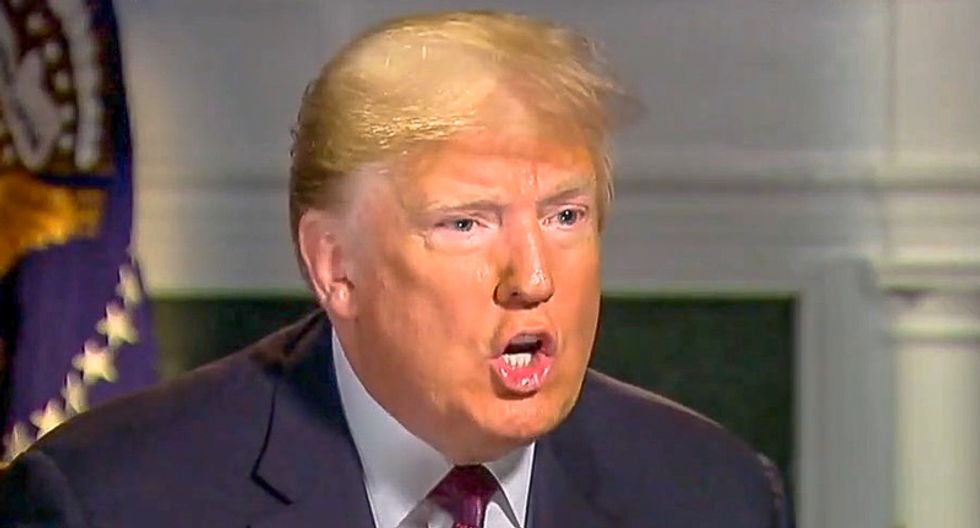 President Donald Trump on Sunday defended his decision not to go to Arlington National Cemetery on Veterans Day by explaining that he had "a lot" of telephone calls to make.

While speaking with Fox News host Chris Wallace, Trump admitted that he "should" have honored veterans with a visit to Arlington.

"I should have done that," Trump told Wallace. "I was extremely busy on the calls for the country. We did a lot of calling, as you know."

"But this is Veterans Day," Wallace noted.

Trump replied: "In retrospect, I should have, and I did last year and I will virtually every year but we had come in very late at night and I had just left literally the American cemetery in Paris and I really probably assumed that was fine and I was extremely busy because affairs of state, doing other things. But I would have done it."

Wallace also pressed Trump about why he had not visited troops serving in an active conflict zone like Iraq or Afghanistan.

"I think you will see that happen. There are things that are being planned," the president insisted. "I don't think anybody has been -- as a president in terms of funding, in terms of all of the things I've been able to get them including the vets, I don't think anybody has done more than me. I've had an unbelievable busy schedule and I will be doing it, on top of what you have those phony witch hunts. On top of which -- we've just been very busy but I will be doing that."