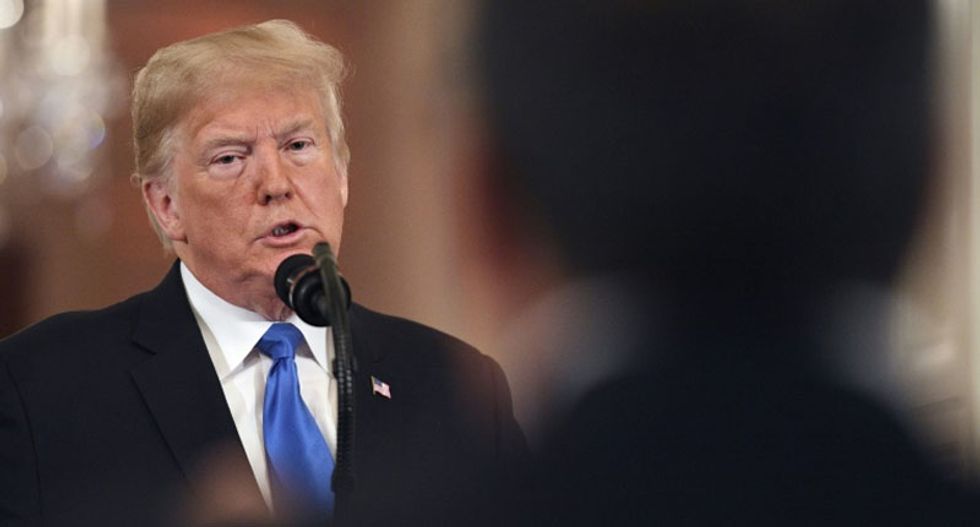 Media groups including Fox News joined CNN's legal battle Wednesday to restore the White House pass of a banned chief correspondent, as Donald Trump's administration argued it had a broad right to allow or deny press access to the US president.

Fox, which is controlled by Trump ally Rupert Murdoch and often draws praise from the president, said the revoking of Jim Acosta's pass -- after he locked horns repeatedly with the US leader -- raises concerns over press freedom.

"Fox News supports CNN in its legal effort to regain its White House reporter's press credential," the news channel's president Jay Wallace said in a statement issued hours ahead of a federal court hearing on the case.

"We intend to file an amicus brief with the US District Court. Secret Service passes for working White House journalists should never be weaponized. While we don't condone the growing antagonistic tone by both the president and the press at recent media avails, we do support a free press, access and open exchanges for the American people."

"Whether the news of the day concerns national security, the economy, or the environment, reporters covering the White House must remain free to ask questions," the media groups said in a joint statement.

"It is imperative that independent journalists have access to the president and his activities, and that journalists are not barred for arbitrary reasons."

The White House said in a legal filing meanwhile it has "broad discretion" to restrict media access to the president, disputing the argument that its actions violate the constitution's First Amendment protections for a free press.

"The President and White House possess the same broad discretion to regulate access to the White House for journalists (and other members of the public) that they possess to select which journalists receive interviews, or which journalists they acknowledge at press conferences," said the brief filed ahead of the 3:30 pm (2030 GMT) hearing in the case.

The filing by US Justice Department lawyers argued that "the president could choose never to hold another press briefing again and cancel all press passes, without implicating due process protections."

The White House brief argued there is no imminent harm to CNN or Acosta because he "remains able to practice his profession and report on the White House" and that CNN "has roughly 50 other employees who retain hard passes and who are more than capable of covering the White House complex on CNN's behalf."

The written brief was filed hours ahead of a court hearing on CNN's request for an order to reinstate Acosta's press pass. Hearing the case is US District Judge Timothy Kelly, appointed last year by Trump.

CNN -- part of the WarnerMedia division of AT&T -- filed suit on Tuesday.

Trump's administration initially said Acosta was banned for inappropriately touching a White House female intern as he struggled to hold on to a microphone. The White House cited a video which analysts said had been sped up, giving the appearance that Acosta struck the intern's arm.

Trump later said other journalists might be barred as well if they were not "respectful."

Free speech activists have warned the case has important implications, and that public officials should not be able to bar access to journalists if they dislike news coverage.

The White House has dismissed CNN's complaint as "grandstanding" and vowed to "vigorously defend" against the lawsuit.