Alexandria Ocasio-Cortez responds to ‘Don Jr.’ – Reminds him that Democrats ‘will have subpoena power’ soon 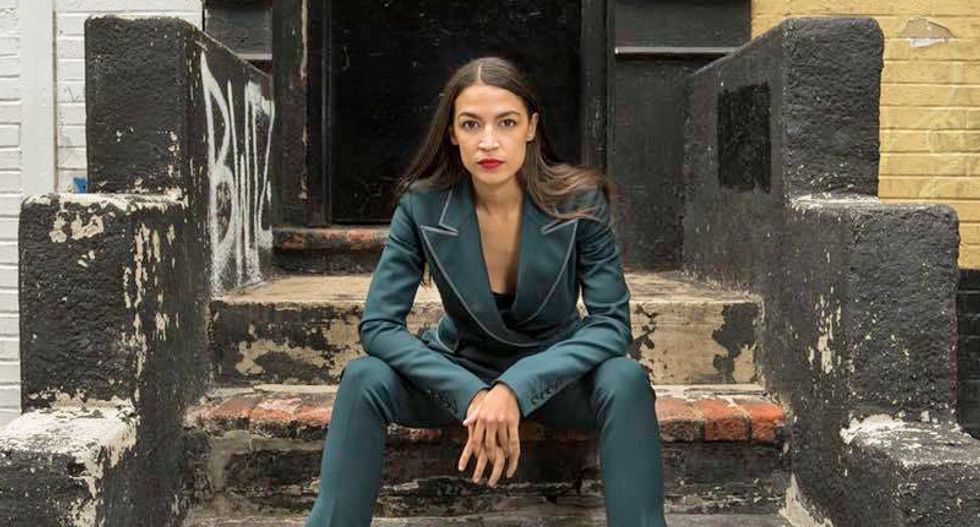 Donald Trump Jr. made the mistake of attacking Alexandria Ocasio-Cortez on Instagram. On Thursday he posted a juvenile, false meme suggesting that either socialists in general or the Congresswoman-elect eats dogs.

The right has been attacking Ocasio-Cortez for months – even before her historic win in the Democratic primary, when she unseated longterm U.S. Rep. Joe Crowley to become the youngest woman who will serve in Congress.

They've been losing practically every time.

So Donald Trump Jr. should have known his Instagram remarks would just become a tool with which he would get bludgeoned.

They were, and he did.

"I have noticed that Junior here has a habit of posting nonsense about me whenever the Mueller investigation heats up," Ocasio-Cortez said via Twitter.

"Please, keep it coming Jr - it’s definitely a 'very, very large brain' idea to troll a member of a body that will have subpoena power in a month."

"Have fun!" she concluded: