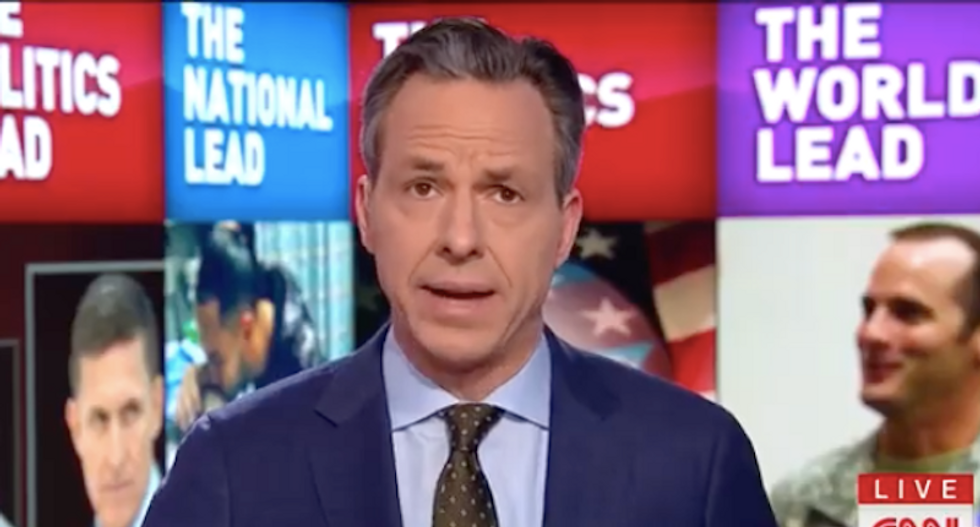 Donald Trump's personal lawyer Rudy Giuliani appeared on Fox News Sunday to claim, once again, that President Donald Trump is innocent of all the accusations against him, from paying off Stormy Daniels and Karen McDougal in a potential violation of campaign finance laws to collusion with the Russian government to steal the 2016 election.

On The Lead with Jake Tapper Monday, the CNN anchor incredulously broke down Giuliani's claim.

"If crimes are not crimes," Tapper wondered. "Then why are so many people being indicted?"

"Also, it's much worse than we thought," Tapper said about a new report that showed how widespread Russian interference in the US election was.