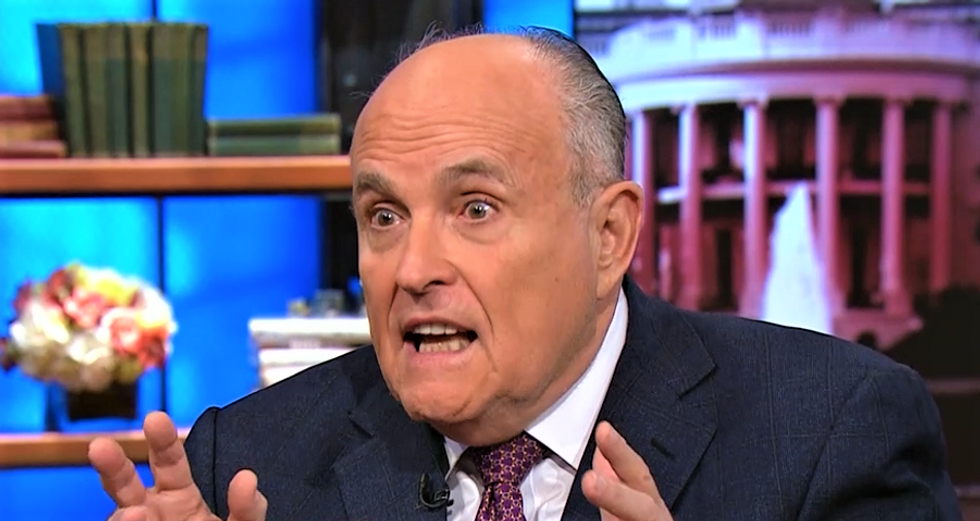 Speaking with New York radio personality John Catsimatidis, Donald Trump's legal adviser, Rudy Giuliani, lashed out at special counsel Robert Mueller, saying it was time to him "put up or shut up" when it comes to the probe into the president's 2016 campaign and personal finances.

According to Giuliani, the probe has gone on too long and should have been "wrapped up" over six months ago.

“It should have been wrapped up probably in May or June. That’s when they figured out they had no evidence of collusion," Giuliani stated before asserting, "Collusion is not a crime, by the way."

"You have to show a conspiracy to hack [the Democratic National Committee]," the former New York City mayor continued. "They don’t have any evidence of that, which is the reason they don’t submit a report -- because they are embarrassed."

"I'm challenging them: It’s time to put up or shut up. It’s time for them to submit a report," Giuliani claimed, beforer boasting, "They don’t have, as we would say in New York, a damn thing.”

You can listen to the interview below: