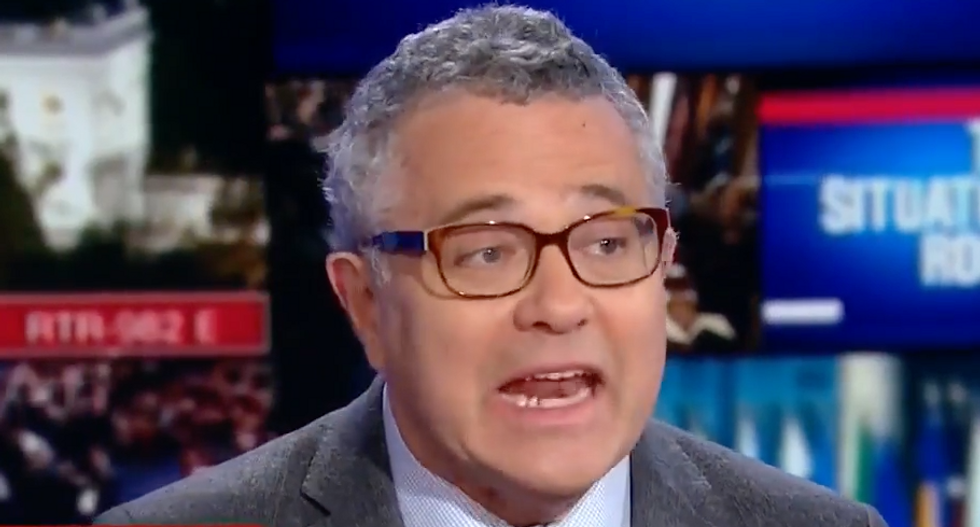 CNN's Jeffrey Toobin on Friday nailed the real reason why Donald  Trump decided to dig in his heels over his border wall and threaten to shut down the government for it.

Earlier in the week, Ann Coulter told The Daily Caller, Fox News host Tucker Carlson's website, that she wouldn't support Trump in 2020 if he didn't deliver on the wall.

“They’re about to have a country where no Republican will ever be elected president again,” she told the right-wing website. “Trump will just have been a joke presidency who scammed the American people and amused the populists for a while, but he’ll have no legacy whatsoever."

Trump unfollowed Coulter on Twitter soon after -- and as Toobin and many others noted, her comments appeared to have an effect on him.

Coulter, Toobin said, is who Republicans confused about the fight should be consulting with "because apparently, she's the president of the United States, as far as this is concerned."

"[Fox News host] Laura Ingraham and Ann Coulter started challenging the president's manhood and the House Republicans started stamping their feet, and the president decided, 'no, no, no, I'm going to scream and yell and shut down the government, even though I still don't have the votes,'" Toobin said during the panel discussion on the president's government shutdown threat.

"I guess Ann Coulter has to figure out how this is all going to end," he added, "because she's the person who is driving the federal government at this point."