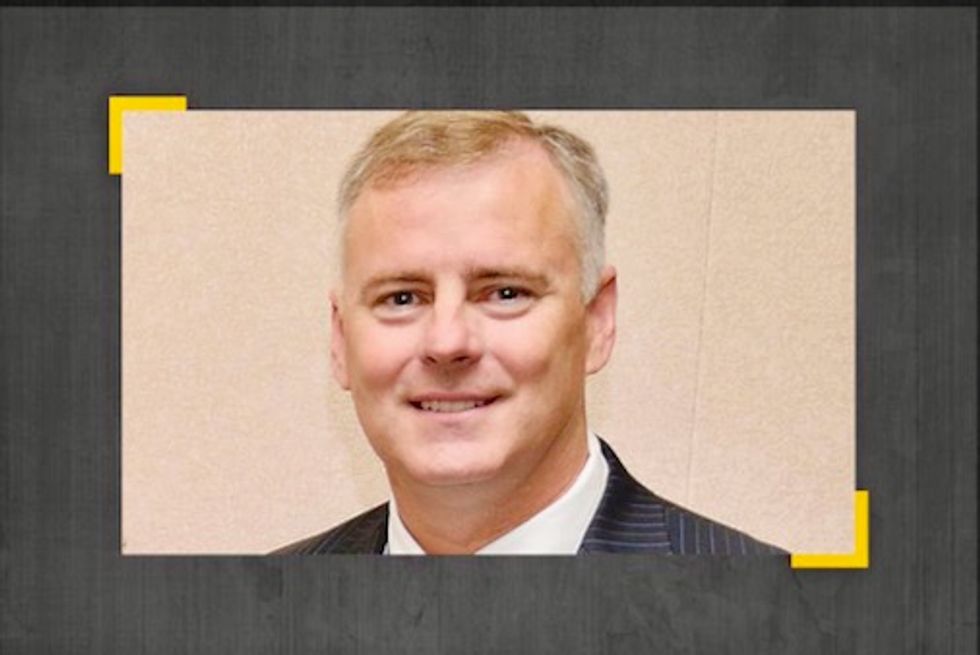 Reed Charles O'Connor of the United States District Court for the Northern District of Texas.

In 2015, it was an Obama administration effort to extend family leave benefits to gay couples. In 2016, it was an Obama administration guideline allowing transgender children to use school bathrooms that align with their gender identity. And on Friday, it was the entirety of Obamacare that U.S. District Judge Reed O’Connor struck down as unconstitutional after a Texas-led coalition of 20 states sued this year to kill it.

Over the past four years, O’Connor has handed Texas major wins in several high-profile Texas v. United States lawsuits. And it doesn’t seem to be a coincidence that those cases landed in his court. The North Texas judge has emerged as something of a favorite for the Texas Attorney General’s Office, a notoriously litigious legal battalion known for challenging the federal government in cases and controversies across the country.

Since 2015, almost half of challenges to the federal government that Texas filed in district courts here landed in O’Connor’s courtroom, attorney general’s office records show. He is one of several dozen federal judges of his rank in the state.

Active in the conservative Federalist Society, O’Connor is a former aide to U.S. Sen. John Cornyn, R-Texas, and a former federal prosecutor in North Texas who has been rumored to be on the short list for a promotion to a federal appeals court. O’Connor, a 2007 appointee of President George W. Bush, worked in relative obscurity until 2015, when Texas’ litigation force began to frequent his courtroom. Since then, he’s earned a reputation as a no-nonsense conservative darling.

This October, a year after Texas filed suit, it was O’Connor who struck down the Indian Child Welfare Act, a decades-old federal law that gives Native American families placement preference over white families for adopting Native children.

O’Connor has also ruled for Texas in health care cases. In December 2016, he ruledthat an Obama administration rule aimed at preventing discrimination against transgender patients could force doctors to violate their religious beliefs. Weeks before he heard oral arguments in this Obamacare case, O’Connor had awardedTexas some $300 million in a separate lawsuit over a fee associated with the law.

Last week’s ruling on Obamacare was a particularly stunning victory for Texas. O’Connor ruled the entire landmark law unconstitutional based on a December 2017 change to federal tax law that gutted one of its major provisions. Many legal experts predict it will be reversed on appeal, at least in part.

If Texas is trying to land cases before O’Connor, the state has geography on its side.

You can’t always choose your judge, but you can often choose your courthouse. That’s especially true for a coalition of 20 states challenging a law that touches practically every person in the country — dozens of courtrooms in many of those states would have been plausible places to file the lawsuit, giving the Texas coalition many feasible options. O’Connor happens to have served in small judicial districts where a savvy plaintiff has a good chance of landing in his court.

For some years, O’Connor was the only district judge hearing cases in the state’s tiny Wichita Falls division. Texas filed five challenges to the federal government there in 2015 and 2016; O’Connor heard all five. Then the Northern District of Texas’ chief judge, Barbara Lynn, announced that starting in December 2016 she would hear 15 percent of cases filed at the courthouse near the Oklahoma border. After that, the Texas Attorney General’s Office filed two federal challenges in Fort Worth, where O’Connor is one of three judges who hears cases and is currently the only active judge — meaning cases filed there are likely to fall to him as well. Both cases were heard in his courtroom.

The attorney general’s office did not respond to questions about why it files a disproportionate number of cases before O’Connor. The Texas Public Policy Foundation, which allied itself with Texas on the lawsuit, joined after it was already filed and didn’t play a role in deciding where to bring it, a spokeswoman said.

What lawyers call “forum shopping” is, of course, a bipartisan strategy. Liberal-leaning groups in Texas tend to bring federal lawsuits in the friendlier courthouses of Austin and San Antonio; on a national level, progressive litigators aim for the U.S. 9th Circuit Court of Appeals, considered the country’s most liberal circuit court.

But if the strategy isn’t at all novel, perhaps the outcome was. O’Connor’s Obamacare decision has been panned by legal scholars across the political spectrum. Experts, including many leading conservatives, have assailed the opinion as misguided and even politically motivated.

“No one opposes ObamaCare more than we do,” wrote the Wall Street Journal’s editorial board. “But a federal judge’s ruling that the law is unconstitutional is likely to be overturned on appeal and may boomerang politically on Republicans.”

The conservative National Review “deplores” the decision. A Washington Post columnist wrote that “Even the right dislikes the new Obamacare ruling.” The influential blog Above the Law published a round-up of criticisms from a long list of legal experts, headline: “Legal Commentators Nearly Pull A Muscle Condemning Judge’s Affordable Care Act Decision.”

The conservative legal scholar Jonathan Adler and the liberal legal scholar Abbe Gluck came together to write in The New York Times that the decision “makes a mockery of the rule of law and basic principles of democracy.”

“Friday was another sad day for the rule of law — the deployment of judicial opinions employing questionable legal arguments to support a political agenda. This is not how judges are supposed to act,” they wrote.

TPPF General Counsel Rob Henneke, who is defending individual plaintiffs harmed by Obamacare on the Texas side of the lawsuit, defended O’Connor’s reasoning and insisted that his decision should not be viewed as much-maligned “judicial activism.”

“Judicial activism is when courts step in to write new laws. [O’Connor’s] decision is based on the language of the Supreme Court opinion and the text of the Affordable Care Act,” Henneke said Monday. “He had this legal issue put in front of him and was bound to follow the law as it exists. He did so and the outcome was that the law is unconstitutional.”

But many outside legal experts disagree, particularly on the portion of the opinion that calls the entire law invalid.

The case — and criticism of O’Connor’s ruling in it — turns on the question of “severability”: If one provision of Obamacare is unconstitutional, must the rest of the law fall as well? Texas and O’Connor have said yes. In the days since he ruled that way, a chorus of legal experts have emerged to reiterate that their answer is “no.”

“Expert opinion is overwhelmingly against the severability conclusion that the judge made,” said Ilya Somin, a prominent libertarian legal scholar at George Mason University who said he is “no fan” of the law as a policy matter. “There is not a 100 percent consensus of experts, but it’s nonetheless very lopsided and that shows the weakness of the argument.”

For his part, O’Connor, whose office did not return a request for comment, has said that to him, all cases merit the same level of attention and care. In a June interview with Law360, he would not speculate on why so many high-profile cases land in his courtroom.

“I'd have to refer you to the attorney general’s office on why he has selected the venues,” O’Connor told a reporter.

He added that the Obamacare case’s high stakes didn’t rattle him — or sway his thinking.

“I approach all of the cases the same,” he said.

Disclosure: The Texas Public Policy Foundation has been a financial supporter of The Texas Tribune, a nonprofit, nonpartisan news organization that is funded in part by donations from members, foundations and corporate sponsors. Financial supporters play no role in the Tribune's journalism. Find a complete list of them here.