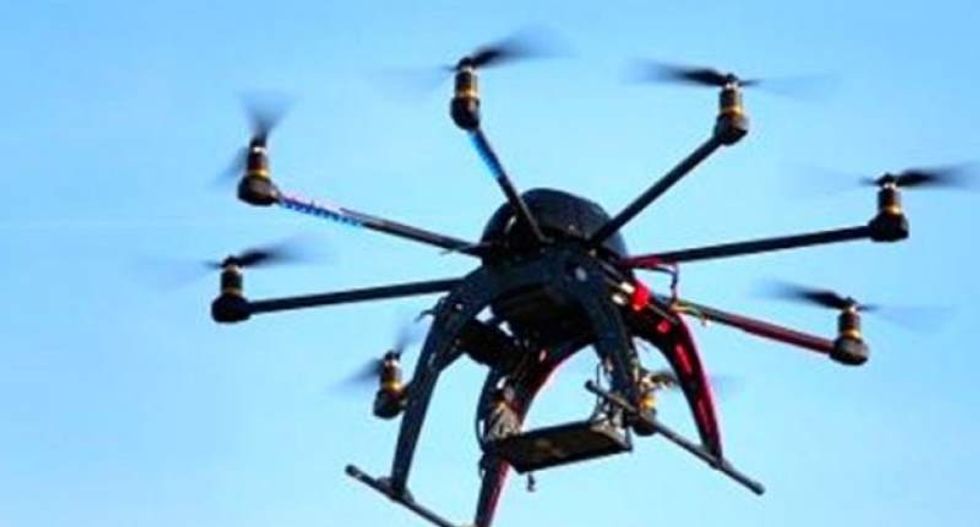 A man and a woman arrested over the drone disruption that brought Christmas getaway flights to a standstill at London's Gatwick Airport were released without charge on Sunday, police said.

A 47-year-old man and a 54-year-old woman from the town of Crawley, near Britain's second-busiest airport, were arrested on Saturday.

The police swooped after three days of disruption from Wednesday to Friday, affecting 140,000 passengers.

"Both people have fully co-operated with our enquiries and I am satisfied that they are no longer suspects in the drone incidents at Gatwick," Sussex Police detective chief superintendent Jason Tingley said in a statement.

A damaged drone has been found near the airfield perimeter, he added.

Drones were sighted buzzing around the airfield more than 50 times, forcing the government to bring in specialist military resources to help counter the threat.

The dangers posed by drones include the possibility of a device smashing into a passenger plane or being sucked up into an engine where its highly flammable lithium battery could cause a catastrophe.

"Our inquiry continues at a pace to locate those responsible for the drone incursions, and we continue to actively follow lines of investigation," said Tingley.

"We ask for the public's continued support by reporting anything suspicious, contacting us with any information in relation to the drone incidents at Gatwick."

The airport has offered a £50,000 ($63,000, 56,000 euro) reward for information leading to the arrest and conviction of those responsible for the disruption.

Tingley said a damaged drone was found on Saturday close to the airport perimeter.

"That is, of course, a significant line of inquiry," he told the BBC.

"We are not back to square one. Whilst these two people have been in custody, we have a number of lines of inquiry and persons of interest.

"We are still progressing those lines of inquiry, including house-to-house inquiries around the sightings of the drone."

Under recently-introduced laws in Britain, drones cannot be flown near aircraft or within a kilometre (about half a mile) of an airport, or at an altitude of over 400 feet (122 metres).

Violators face up to five years in prison for endangering an aircraft.

Gatwick, around 30 miles (50 kilometres) south of the British capital, is the eighth-busiest airport in Europe.

On its website, Gatwick said its runway was open and it aimed to run a full schedule over the weekend.

Passengers were warned to expect some delays and cancellations as their airport tried to recover its operations.

"Safety is Gatwick's top priority and we are grateful for passengers' continued patience as we work to get them to their final destination in time for Christmas," the airport said.

The main opposition Labour Party has called for an independent inquiry after accusing the government of failing to act on the risks posed by drones.

But a Department for Transport spokesman dismissed claims of missed opportunities to prevent the Gatwick incident as "a combination of nonsense and gross misrepresentation".