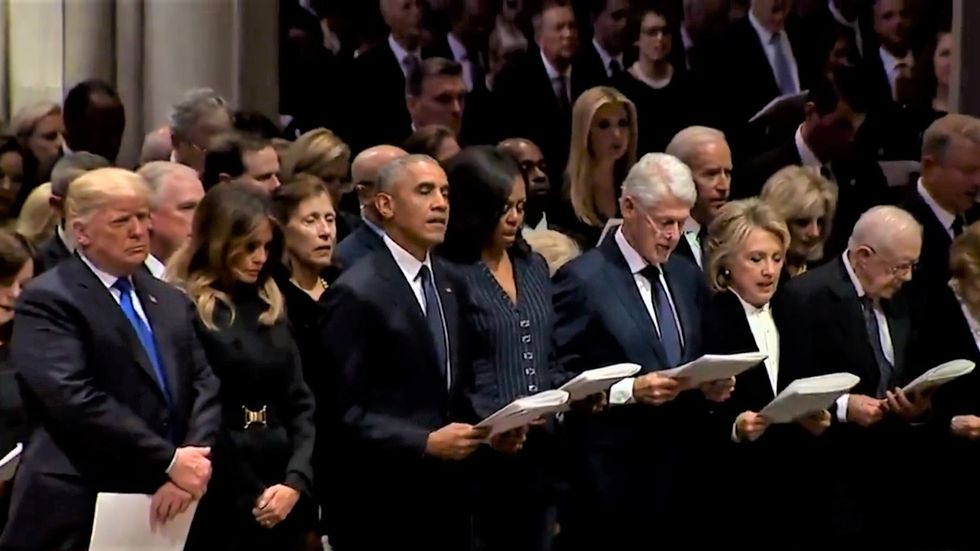 Even though President Donald Trump is considered a hero to many American evangelical Christians, he couldn't bring himself to join his fellow living American presidents to recite the Apostles' Creed at former President George H.W. Bush's funeral.

A video posted by CNN's Keith Boykin shows that Trump stood in stone silence even as the former presidents seated near him read off the Apostles' Creed.

In addition to former Presidents Barack Obama, Bill Clinton and Jimmy Carter, Vice President Mike Pence, former Secretary of State Hillary Clinton, and former Vice President Al Gore can also be seen reading from the text of the prayer during the service.

"This is your 'Christian' evangelical president," Boykin wrote sarcastically in response to Trump's actions.