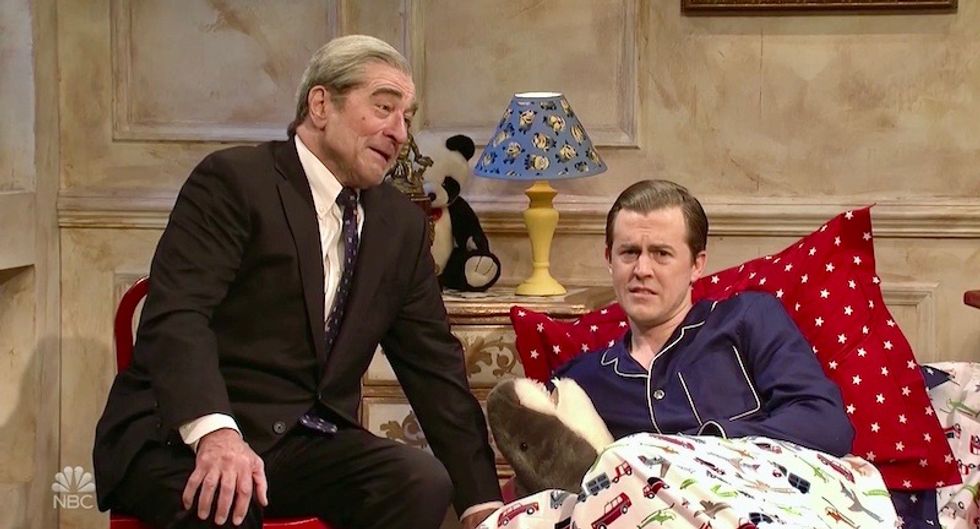 Saturday Night Live opened its December 8 show in the holiday spirit, with Donald Trump Jr. reading Twas The Night Before Christmas as a bedtime story to his little brother Eric.

That turns out to be special counsel Robert Mueller, played by Robert De Niro, who appears to talk to the naive Eric.

"I'm not allowed to talk to you!" Eric says.

"That's OK, it was pretty clear early on that you don't know anything," Mueller says.

Mueller then explains what Eric Trump needs to do "if you want to see your family."

"No matter what happens America is going to be just fine," Mueller says. "This is a country full of good people."

"Yeah, good people! Like my dad!" Eric says. "Mr. Mueller, people say you're the worst thing to ever happen to my dad."

"No, Eric, getting elected president was the worst thing to ever happen to your dad," says Mueller.

Watch the sketch below.

snl from Martin Cizmar on Vimeo.