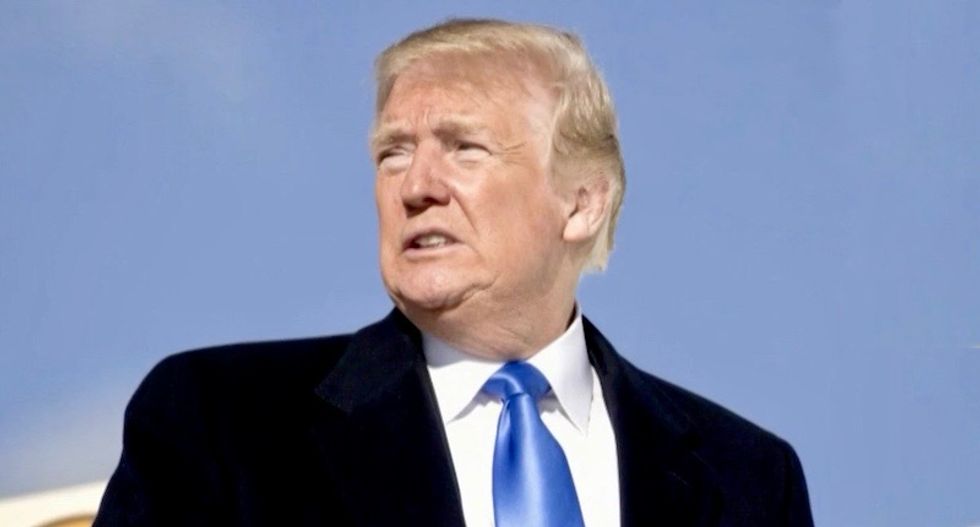 Congressional Democrats exploring ways to obtain President Donald Trump’s tax returns may target the adequacy of the Internal Revenue Service audit that Trump often cites as his reason for not making the returns public, according to sources familiar with the matter.

Such a strategy, focused more on the IRS than on Trump, could help Democrats craft an iron-clad legal argument for what would likely follow from such a request - an unprecedented court battle over the tax records of a sitting president.

Targeting the audit would put the request for the returns squarely within the oversight authority of the House of Representatives’ tax committee, which oversees the IRS, and deflect Republican accusations of a fishing expedition by Democrats unfairly targeting the president, the sources said.

House tax committee Chairman Richard Neal, who has vowed to request Trump’s returns, said this week that the long-standing audit claim could be the basis on which the committee ultimately decides whether to go to court to obtain the returns.

The returns are expected to become an issue soon. A subcommittee of Neal’s panel on Thursday set a hearing for Feb. 7 on issues related to “presidential and vice-presidential tax returns.” Also planned is a hearing on the Democrats’ “H.R. 1,” a bill that would require presidential candidates to release their tax records for elections.

Another strategy for House Democrats might be to probe whether Trump profited from the Republican tax overhaul that he signed into law in 2017, or how his income could be affected by amendments to the tax code likely to come before the committee in months ahead.

No decisions have been made, and sources with knowledge of the discussions could not say how much weight House officials working on the issue might give to any proposal.

The deliberations reflect the caution Democrats are taking in launching investigations of Trump, his businesses and his presidency, now that they have majority control of the House.

“The president has repeatedly said on the campaign trail and then after becoming president, he intended to do this, to release them, except that he was under audit,” said Neal, the only House member authorized by law to request Trump’s returns from Treasury Secretary Steven Mnuchin.

“So that’s the basis we proceed on,” Neal told reporters on Tuesday. “If we can’t have a voluntary submission, then we use the legal apparatus that’s available to us.”

A Democratic spokesman for the committee declined to comment.

A spokeswoman for the Treasury, which supervises the Internal Revenue Service, said Mnuchin will review the legality of any request for Trump’s returns with the department’s legal counsel.

As the Republican presidential nominee in 2016, Trump broke with decades of precedent by refusing to release his returns, saying they were being audited by the IRS. Many tax experts have replied that an IRS audit does not preclude their release.

As president, Trump has retained ownership of extensive hotel interests and other business ventures. For this reason, House Democrats say his returns would be a linchpin for oversight investigations of potential ties between the president and Russia and other conflicts of interest.

Federal law gives the chairmen of the House tax panel, the Senate Finance Committee and the congressional Joint Committee on Taxation, the authority to request any return and says that the Treasury secretary “shall furnish” it.

Trump and Mnuchin are widely expected to fight any such action. The law has been used to obtain tax records, which are normally held in strict secrecy by the IRS. But in the interests of transparency, modern presidents have routinely disclosed their returns to the public voluntarily.

Progressive Democrats and outside groups have ramped up pressure on Neal to act swiftly to obtain Trump’s returns and eventually release them to the public.

“The law is very clear that we’re entitled to get those returns,” Representative Lloyd Doggett told CNN on Thursday.

“If the Treasury secretary... refuses to do it, then we will have to take some court action,” said Doggett, a senior Democratic member of Neal’s Ways and Means Committee.

Experts say an approach without careful justification could leave Democrats vulnerable to Republican claims of overreach.

“It sets a very, very bad precedent. If they can demand that the public see the president’s tax returns, what’s going to keep them from demanding to see anyone’s tax returns,” said Representative Kenny Marchant, a Republican on Neal’s panel.

The legal strategy of focusing on IRS audits of Trump is only one option at Neal’s disposal. “There’s a variety of legitimate reasons for why Ways and Means would seek the president’s tax returns,” said Steve Rosenthal, a senior fellow at the nonpartisan Tax Policy Center think tank.