‘Didn’t specify American’: Trump gets mocked for claiming other presidents told him they should have built a wall 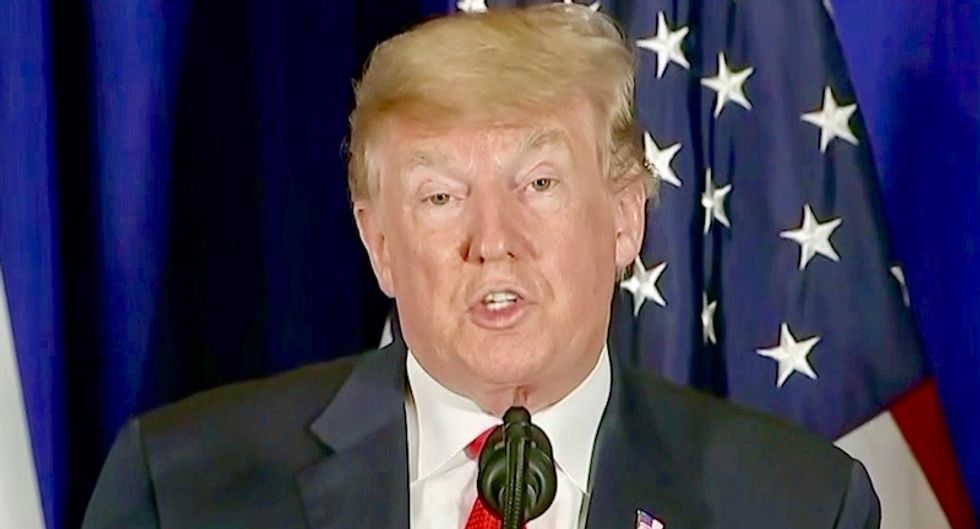 President Trump held a rambling, stream-of-consciousness press event Friday afternoon in the Rose Garden and made many statements that defy belief. Among them, that he's talked with several previous presidents and they all told him they should have built a wall on the Southern border.

"This should have been done by all of the presidents that preceded me," Trump told reporters, about building a wall.

"They all know it," he continued, adding, "some of them have told me that we should have done it," he claimed.

There is little chance President Trump's remarks are truthful. He is claiming that at least two of the following presidents said they should have built a wall on the Southern border: Jimmy Carter, Bill Clinton, George H.W. Bush, George W. Bush, Barack Obama.

On social media many were quick to mock him: