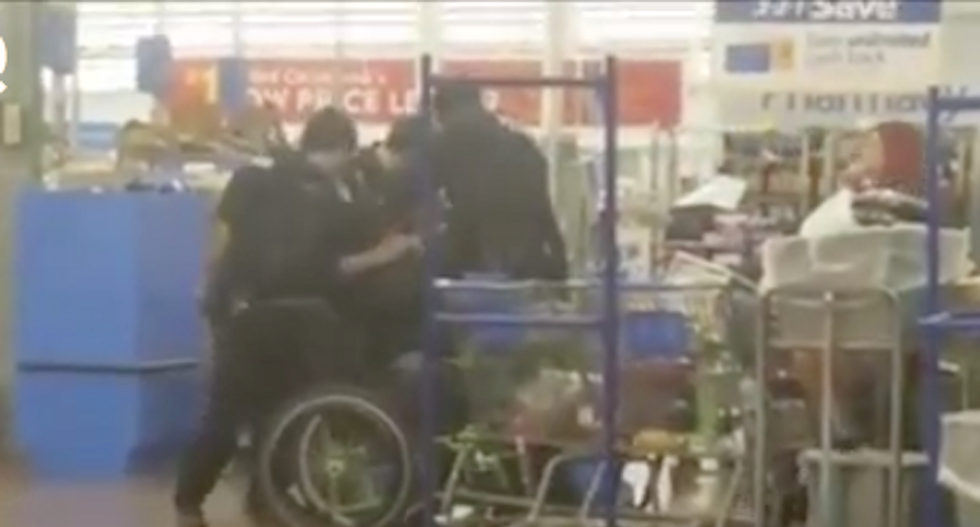 An Army veteran who uses a wheelchair was pepper sprayed by police in Muskogee, Oklahoma after he refused to show his ID while trying to buy alcohol at a Walmart, reported KJRH.com.

The video shows a pack of police officers descending on the man and trying to pull him from the Walmart motorized scooter and into his wheelchair. They also pepper sprayed him.

In a statement about the incident, the Muskogee police department said the man had been resisting arrest. "Officers were called to the scene, and the man also refused to identify himself to officers," police said in a statement.

"He was advised that if he did not provide his ID he would be obstructing officers. He was told he was going to be placed under arrest for obstruction, and that he trespassed from Walmart property."

The man claimed the tussle left him with injuries. He was taken to a local hospital.