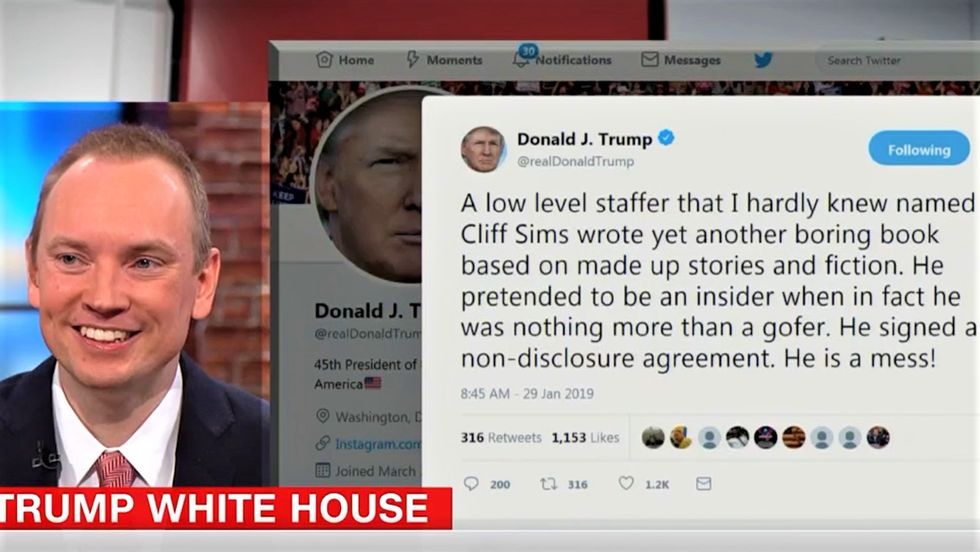 Sims, who has been hitting the cable news circuit to promote his scathing tell-all book "Team of Vipers," appeared on CNN Tuesday to talk about some of the craziest experiences he'd had in the Trump White House.

As he was talking, Trump angrily tweeted about Sims and attacked him for not honoring the nondisclosure agreement he signed before he came to work for the White House.

"A low level staffer that I hardly knew named Cliff Sims wrote yet another boring book based on made up stories and fiction," the president wrote. "He pretended to be an insider when in fact he was nothing more than a gofer. He signed a non-disclosure agreement. He is a mess!"

A low level staffer that I hardly knew named Cliff Sims wrote yet another boring book based on made up stories and… https://t.co/SGN2UN9Ohw
— Donald J. Trump (@Donald J. Trump) 1548769555.0

After Camerota read Sims the tweet, he just laughed it off.

"You don't mind being called a 'gofer?'" Camerota asked him.