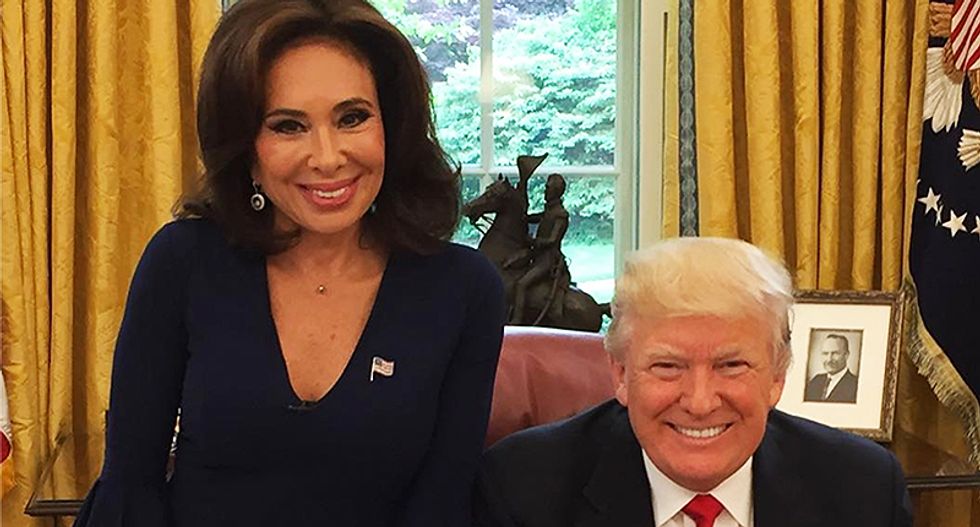 President Donald Trump called into Fox News to talk to his ally Judge Jeanine Pirro Saturday evening. Railing against the Democrats for refusing to give him a blank check for his wall, the president called it nothing but "politics."

It's unclear why the president didn't get his border wall while Republicans were in power in the House and Senate, but since the Democrats took over the House Trump's options are growing slimmer.

Trump explained that he was just one person and couldn't travel to every House seat, and for that reason, he lost the House in 2018. That's the only reason the president is having trouble now, he explained.

Meanwhile, hundreds of thousands are unable to pay their bills, their rent or mortgages or even prescription drugs. Trump said that those folks "don't care."

"A lot of people that aren't getting their checks are letting us know, 'we don't care. You've got to solve the crisis at the border,'" Trump told Pirro.

Pirro said that it's clear Trump has done all of the negotiating and blamed Democrats for not coming to the table. Trump has refused to negotiate unless his wall is part of the bill. Unless he gets money for the wall, he's refusing to even speak to Democrats. Such was the case Friday when he walked out of the negotiations telling everyone, "bye-bye."