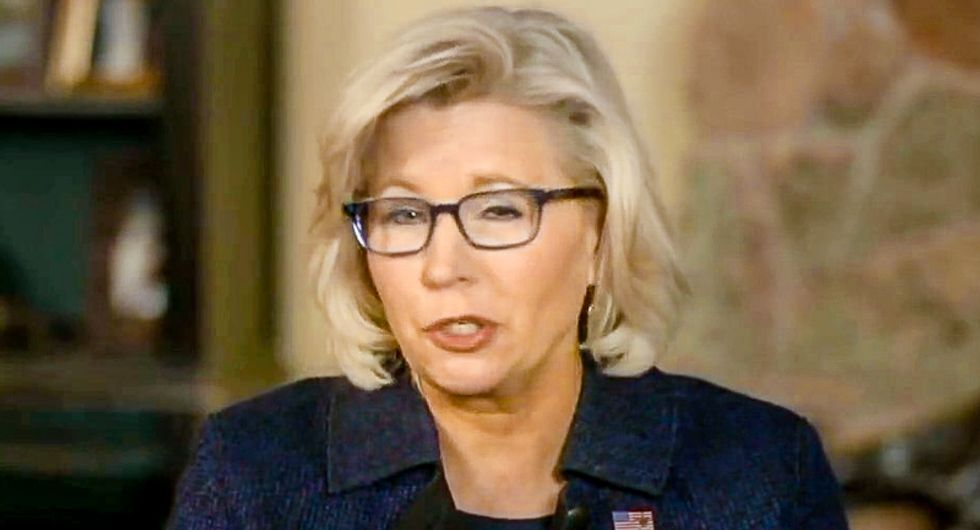 Rep. Liz Cheney (R-WY), the third-ranking House Republican, on Sunday cautioned Democrats not to cut military spending, and she suggested that President Barack Obama's administration had devastated the armed forces.

During an interview on ABC News, Cheney argued that it would be the wrong time for Armed Services Committee Chairman Adam Smith (D-WA) to trim the Pentagon's budget.

"When I listen to my colleague, Congressman Smith, talk about what the Armed Services Committee is going to be focused on, I really do hope that he will not direct the committee to be focused simply on, you know, political attacks on President Trump," Cheney said.

According to the daughter of the former vice president, the nation faces "too many challenges" to engage in partisan attacks.

"It's certainly the role of the Armed Services Committee to conduct oversight," she admitted. "But as we do that, it is our role to make sure that the Defense Department is doing everything it needs to do to modernize."

"I am certainly hopeful that we will not see Congressman Smith support cutting the defense budget," Cheney added. "We've just begun to rebuild after the devastation of the Obama years. And we've got to continue on that trajectory and on that path."

"We will be falling down on our duty if we fail to do what's right, to make sure we're conducting oversight and appropriations to continue to keep the nation safe," she concluded.