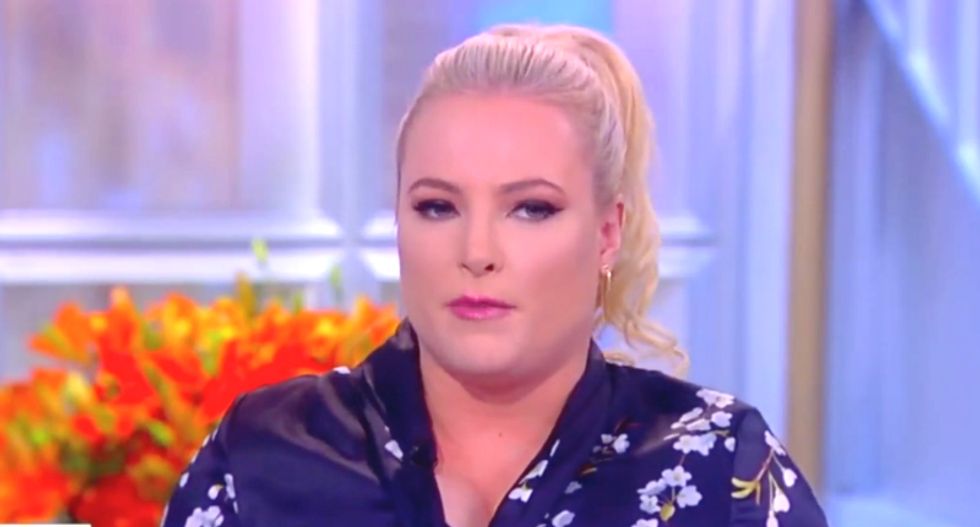 The View's Meghan McCain got shut down repeatedly on Wednesday, after she went off on an unhinged rant in which she suggested Democrats not only don't care about border security, but were "smearing" people who do.

"I see people like Alexandria Ocasio-Cortez doing her own rebuttal, which by the way was far more concise than Chuck and Nancy on Rachel Maddow last night, and she was basically demonizing border agents and I.C.E.," McCain said. "The problem is whether liberals like it or not, border security is a big issue for Americans. It's one of the reasons why Trump got elected."

"I don't think anyone has any problem with the border security, I don't think that's the issue," Whoopi Goldberg replied, as McCain talked over her. "It is the wall that I think the Democrats are screaming about."

"It's now become one of the trends on the far left that is coming towards the middle," McCain insisted, and made a snippy remark when Sunny Hostin disagreed.

Joy Behar brought up President Trump’s zero tolerance policy, which had led to thousands of migrant children being separated from their parents. But McCain tried to place the blame for the policy on President Barack Obama.

"Separating children was not under Obama, he didn't separate families," interrupted both Behar and Hostin.

"What I'm trying to tell you is if Democrats want to win in 2020, don't demonize people that want harder border security," McCain began shouting. "Alexandria Ocasio-Cortez is a huge voice in the party."