'It's time to accept the loss and move on': Conservative CNN host unleashes epic rant about Trump's shutdown showdown 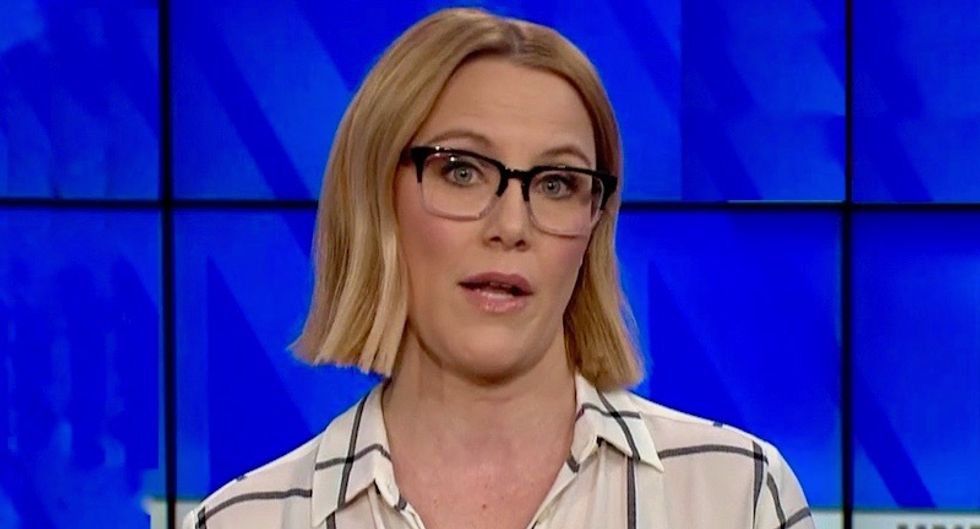 On Saturday, CNN host S.E. Cupp unleashed an epic rant about President Donald Trump's insistence that he get funding for his proposed border wall from the Democrat-controlled House of Representatives.

As a real estate salesman, Trump is trying hard to sell the unpopular project, Cupp said.

"What do you do when your $5 billion wall isn't selling? You lower the price, of course, according to a report, he'll now take anything in the twos. That's a bargain, Democrats," she said, mockingly.

But there's no way that will work, Cupp said. Democrats don't want to fund a border wall after Republicans refused.

"Here's the deal: This is what losing looks like, Mr. President, you're not getting your border wall, not from Mexico, not from Congress, and I'm willing to wager not from taxpayers, either," she said. "It's a shame, too, because when you had the opportunity, the public support, Republicans in control of Congress... you couldn't get it done," she said.

Trump's inability to deliver on his campaign promise came because he didn't prioritize it, she said.

"Too much tweeting, too much rallying, not enough governing," she said. Now it's time to accept the loss and move on to what's next."

Cupp then mocked Trump's lonliness as he sits in the White House by himself waiting to strike a deal that's never coming.

"There's almost nobody in the White House but me. You know, I've always found my alone time to be some of my most productive," she said. "Use this me time, Mr. President, get back in touch with you. Try meditating, get centered, or how about a vision board? Where you paste pictures of the things you'd like to accomplish. I got you started. Here's a picture of a wall. Here's a picture of you signing a bill into law. Put those up on your vision board."