Trump says he is emboldened by 'caravans' headed to Mexico border: 'Nancy Pelosi will be begging for a wall' 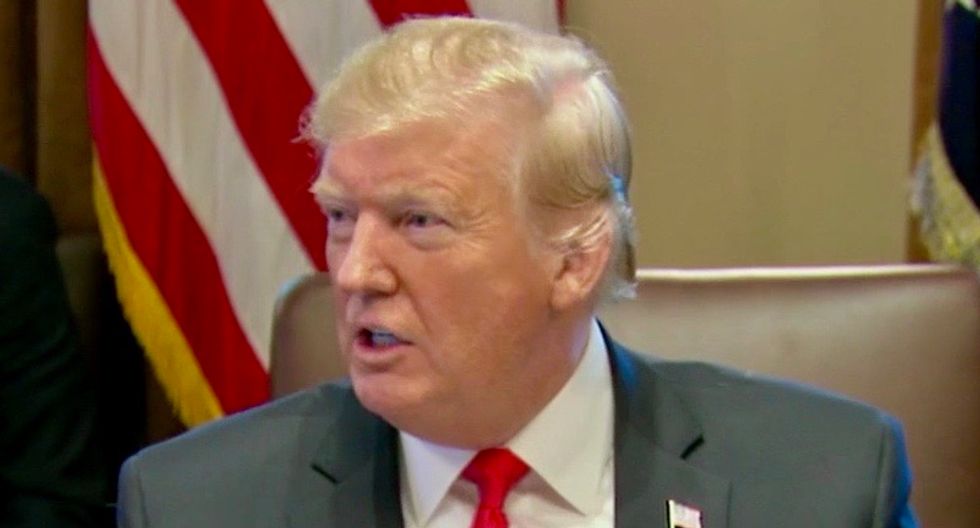 President Donald Trump vowed on Thursday that House Speaker Nancy Pelosi (D-CA) would be "begging" him to build a border wall after everything was said and done.

At a White House meeting on Thursday, Trump cited "caravans" headed to the U.S. and said that he was not backing off his demand for a wall on the Mexico border.

“Nancy Pelosi will be begging for a wall," he insisted. "If they're not going to give money for the wall...it’s not going to work."

Shortly after Pelosi said there would be no wall in the compromise border security package Trump talked about migra… https://t.co/N3oPltEXhR
— Eliza Collins (@Eliza Collins)1548956499.0

Per pool, Trump cites caravans of migrants heading to US: “Nancy Pelosi will be begging for a wall.”
— Burgess Everett (@Burgess Everett)1548956515.0