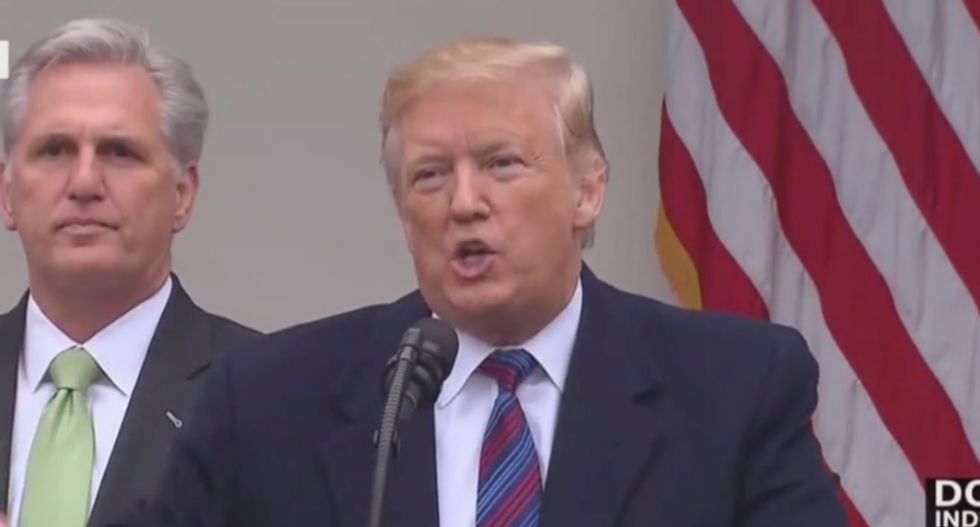 President Donald Trump on Friday said he was considering declaring a national emergency to build his wall without Congressional approval -- but that no one should consider it a "threat."

"Is that a threat hanging over the Democrats?" replied the reporter.

"I never threaten anybody," said the president. "But I am allowed to do it," he added after a pregnant pause.