Trump's own intel chiefs at odds with him on North Korea, Islamic State and Iran 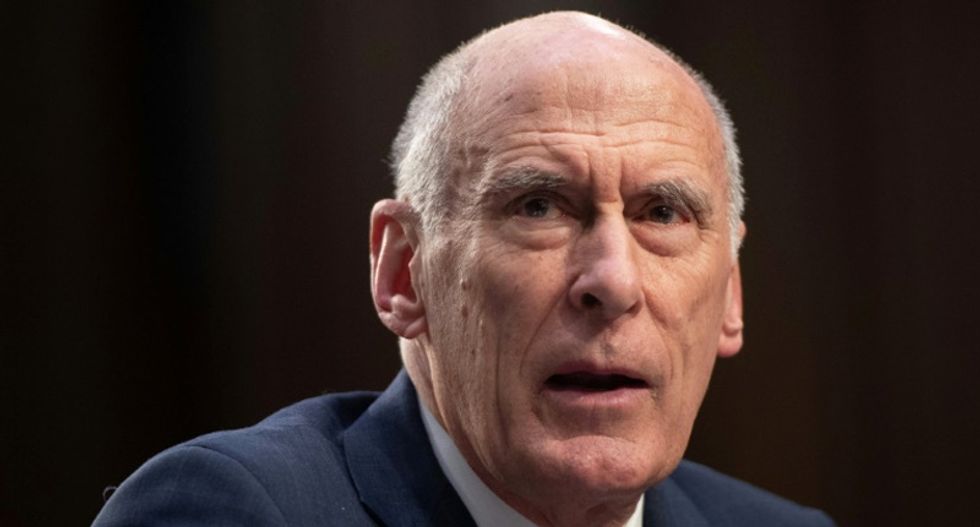 US intelligence chiefs on Tuesday contradicted President Donald Trump's statements that the Islamic State group has been defeated and that North Korea can be convinced to forego its nuclear weapons.

In their annual report on security challenges to the country, the country's top spies also challenged Trump's claim that Tehran is actively seeking nuclear weapons, the justification Trump gave for withdrawing last year from a multilateral treaty on Iran.

Weeks before Trump plans a second summit with North Korean leader Kim Jong Un, Director of National Intelligence Dan Coats told the Senate Intelligence Committee that the US intelligence community believes it unlikely that Pyongyang will agree to completely denuclearize.

Trump claimed Kim agreed to that goal after their groundbreaking Singapore summit in June 2018. The president is aiming to secure that commitment next month from the North Korean leader in exchange for removing sanctions and normalized relations.

"We continue to assess that North Korea is unlikely to give up all of its nuclear weapons and production capabilities, even as it seeks to negotiate partial denuclearization steps to obtain key US and international concessions," Coats said in the "Worldwide Threat Assessment" report.

"North Korea's leaders see having a nuclear weapons capability as "critical to regime survival," he said.

Meanwhile, according to the Coats report, Islamic State remains a potent threat in the Middle East as its leaders continue to encourage attacks on the West.

"ISIS still commands thousands of fighters in Iraq and Syria, and it maintains eight branches, more than a dozen networks, and thousands of dispersed supporters around the world, despite significant leadership and territorial losses," Coats said.

The jihadist group, which Coats acknowledged had been reduced to "a couple of little villages left," in Iraq and Syria, will exploit any reduction in pressure from international coalition forces to rebuild its capacities for mounting attacks and for media promotion, US intelligence chiefs believe.

Trump has repeatedly said in recent months that Islamic State had been defeated, justifying his abrupt announcement in December that he would pull US troops out of Syria.

His defense secretary James Mattis resigned after that announcement in disagreement, and US security experts have urged Trump to not withdraw from Syria precipitously because Islamic State fighters could fill the vacuum.

The Coats report highlighted the broad and increasing threat to the United States from China, a point of agreement across the board in the Trump administration.

But the divergence on North Korea, Iran and Islamic State in the report underscored a the ongoing wariness in Washington's intelligence community of Trump's apparent readiness to ignore or politicize their findings.

Trump has repeatedly rejected their conclusion that Russia deeply interfered in the 2016 election that brought him to power, helping him vanquish the election favorite Hillary Clinton.

On Tuesday the intelligence chiefs stressed that Russia had again tried to meddle in the 2018 midterm Congressional elections, and were poised -- along with potential copycats like China -- to do the same in the 2020 presidential campaign.

"Foreign actors will view the 2020 elections as an opportunity to advance their interests," Coats said.

As for Iran, Central Intelligence Agency director Gina Haspel told the hearing that the country is still abiding by the terms of the 2015 nuclear deal despite Trump's decision to withdraw last year, claiming Tehran had broken it.

"At the moment technically they are in compliance" with the Joint Comprehensive Plan of Action (JCPOA), Haspel told the Senate Intelligence Committee.

"I think the most recent information is the Iranians are considering taking steps that would lessen their adherence to JCPOA as they seek to pressure the European to come through with the investment and trade benefits that Iran hoped to gain from the deal," she said.