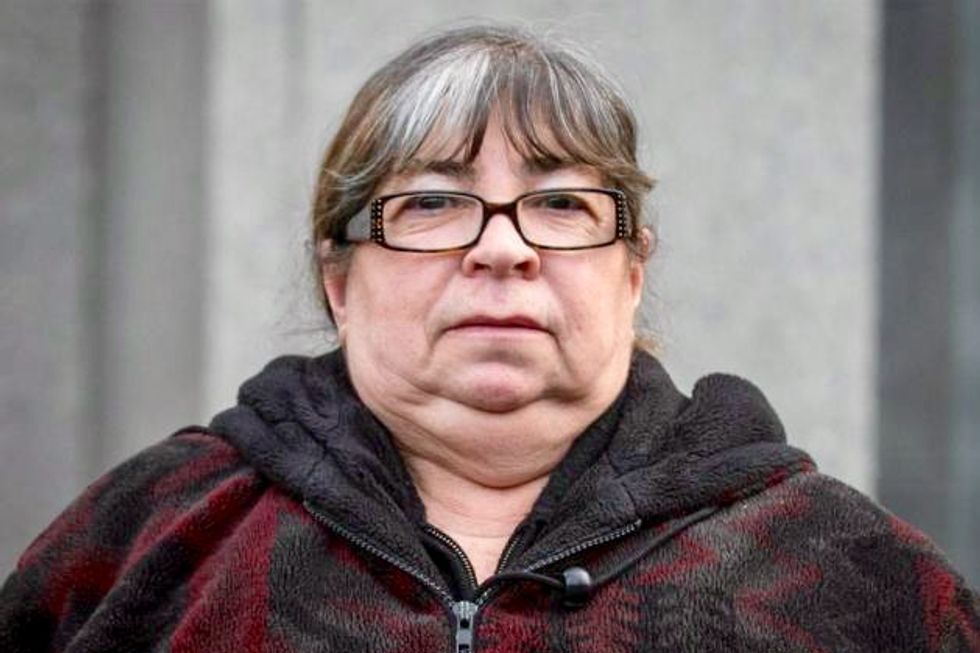 A federal judge has rejected a request by imprisoned swindler Bernard Madoff’s longtime secretary to be released early from prison because of her age, and suggested she ask the Federal Bureau of Prisons for permission to move to home confinement.

In an order on Monday, U.S. District Judge Laura Taylor Swain in Manhattan said Annette Bongiorno, 70, is eligible for home confinement on Feb. 19, when she will have served four years of her six-year sentence, under a federal prison reform law that took effect in December.

But the judge said the bipartisan First Step Act did not allow a judge to grant Bongiorno the relief she sought, which was instead in the Bureau of Prisons’ discretion.

The denial was without prejudice, meaning Bongiorno may still seek early release.

Lawyers for Bongiorno did not immediately respond on Tuesday to requests for comment. They had said she was in “decent health” for her age, but had the aches and pains that come with being 70, as well as pulmonary problems including asthma.

Bongiorno was one of five Madoff employees convicted in March 2014 over their roles in a Ponzi scheme that a court-appointed trustee liquidating Bernard L. Madoff Investment Securities LLC has said cost customers about $17.5 billion.

The defendants had argued they had been ignorant of their boss’s fraud, or were unwitting accomplices.

Madoff, 80, was arrested in December 2008, pleaded guilty, and is serving a 150-year prison sentence.